Applications are invited for an AHRC-funded PhD at Birkbeck: “Confronting a masculine military ideal: the experiences of LGBTQ service personnel 1914–now”. This is offered under the AHRC Collaborative Doctoral Partnership programme. The partner institutions are Birkbeck and the IWM. The studentship will be supervised by Professor Matt Cook at Birkbeck and Rebecca Newell of IWM. This full-time studentship, which is funded for three years at standard AHRC rates, will begin on 1 October 2018. 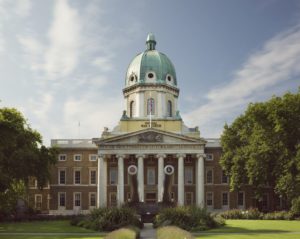 Using material from across the IWM’s collection, including the sound collection, and with a particular focus on the museum’s private papers and oral history archives, this project will examine narratives of LGBTQ (Lesbian, Gay, Bisexual, Trans, Queer/Questioning) experience in the military for all or part of the period from 1914 to the present day.

Fifty years ago there was a watershed moment in British history. The 1967 Sexual Offences Act partially decriminalised same-sex acts between men in England and Wales. However, policy makers in the armed forces agreed that decriminalising such acts in the military would affect discipline and threaten the safety of low-ranking servicemen. As a result they remained punishable by military law, even though they ceased to be illegal for consenting civilian men over 21. For three decades the MOD stood by its decision – creating a climate of secrecy for queer service personnel and the impression of a rather straight military. Fear of dismissal and condemnation prevented most from sharing their experiences. Only recently, as the law and cultural climate have changed, have some have felt able to be franker. Their stories are nevertheless still often modulated by an entrenched culture of discretion and framed by current understandings of liberation and sexual identity. We anticipate that these testimonies – and the complexities of gathering and analysing them – will be at the heart of this project.

The student will explore existing testimonies and conduct new interviews exploring experiences and perceptions of being LGBTQ in the forces. They will also engage with historical work and ongoing debate about sex, sexuality and gender in the military and draw on expertise offered by the IWM and its partners. Aside from a doctoral thesis and associated publications, it is anticipated that research will feed into a future IWM public programme season on sex and war.

In discussion with their supervisors, the student will be responsible for formulating their research questions and methodology and for defining the period of investigation. Potential areas include:
• Accepted and hidden same-sex and homosocial experiences in wartime;
• The impact of serving in the armed forces on individuals’ sense of identity;
• The differential experience and/or representation of homosexuality in the army, navy and airforce;
• Gender crossings and the experience of trans people in the military;
• A comparison of the experiences of queer men and women;
• Masculinity, femininity and queerness in the forces;
• Narratives and experiences of sanction, tolerance, degeneracy, ‘passing’ and prejudice;
• Military sites/cities and associated local queer networks
• The role and responsibility of museums and IWM as a space and forum for excavating LGBTQ narratives.

These, and/or other questions, will be explored through a range of archives, including at the IWM, The National Archives, the National Maritime Museum, the National Army Museum and Tate, as well as through interviews with current and former service personnel gathered as part of the project. 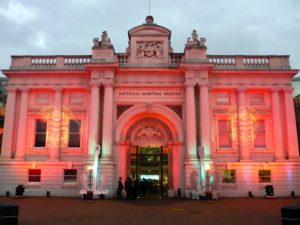 Subject to AHRC eligibility criteria, the scholarships cover tuition fees and a grant (stipend) towards living expenses. The national minimum doctoral stipend for 2018/19 has been set by Research Councils UK as £ 16,777 (inc. £2,000 London Weighting) plus £550 additional payment for Collaborative Doctoral Students. For more information visit: http://www.ahrc.ac.uk/skills/phdstudents/fundingandtraining.
Students are also eligible to draw additional funding from a Student Development Fund to support the cost of training, work placements, and other development opportunities that will benefit the student’s doctoral research and future career development.
In addition, the student is eligible to receive up to £1,000 a year from IWM and will be able to apply for internal funding from the University to support archival visits and the delivery of academic conference papers.

Applicants should have a good undergraduate degree in history or another relevant discipline, and will normally also hold a masters degree. They will need to satisfy AHRC eligibility requirements including Masters-level advanced research training or equivalent.
Applicants must be a resident of the UK or European Economic Area (EEA). In general, full studentships are available to students who are settled in the UK and have been ordinarily resident for a period of at least three years before the start of postgraduate studies. Fees-only awards are generally available to EU nationals resident in the EEA. International applicants are normally not eligible to apply for this studentship.
Applicants should submit via email a curriculum vitae (no more than 2 pages), a research proposal (of 500 – 1000 words)*, a sample of writing, a brief letter outlining their qualification for the studentship, transcripts of undergraduate and masters qualifications, and two academic references to Sian Green (sian.green@bbk.ac.uk) no later than 5pm on Sunday 8 July 2018 . Please note it is the responsibility of applicants to request references from their referees and ensure that they have been received by the Department of History by this deadline. All documents should be submitted in either a MS Word or PDF format. Please ensure the subject line of your email appears as ‘surname, first name – IWM/Birkbeck studentship.’

*for guidance on formulating a research proposal see: http://www.bbk.ac.uk/student-services/admissions/phd-applications