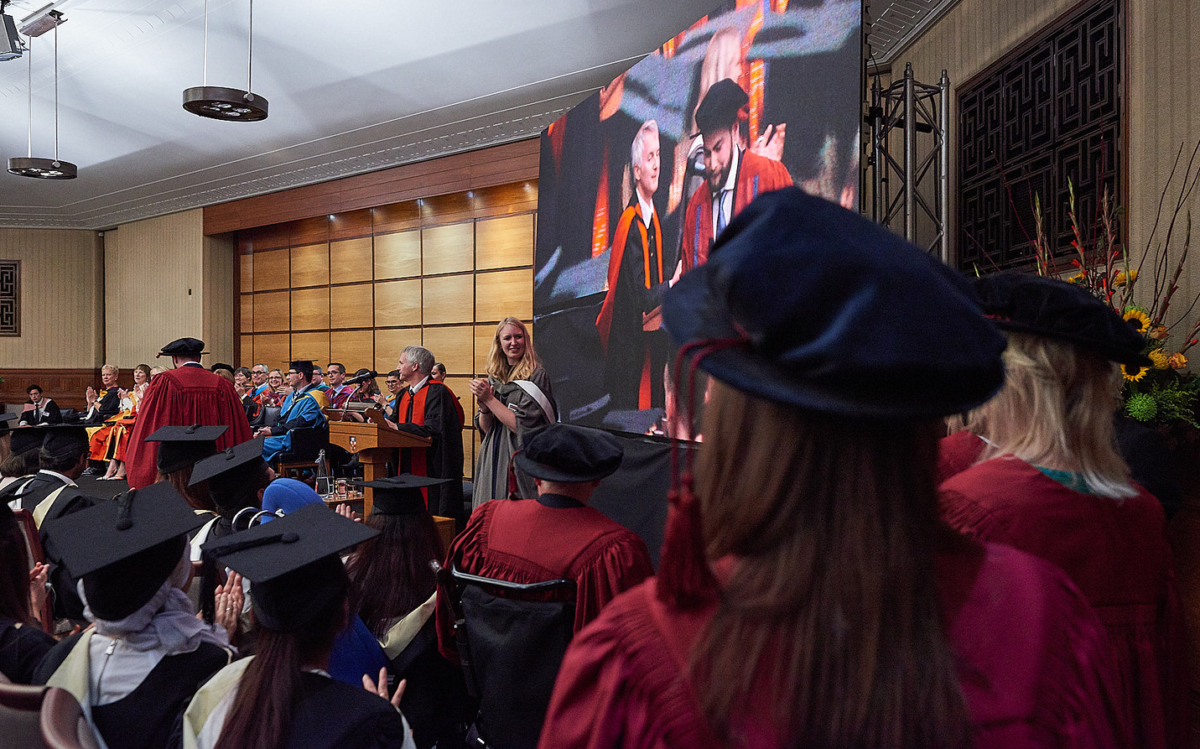 Birkbeck awards over 100 PhDs each year. In June 2019, eleven Birkbeck Researchers were awarded for their work in the following areas:

School of Business, Economics and Informatics

department of earth and planetary sciences

DEPARTMENT OF Applied Linguistics and Communication

Propose your own training initiatives

The BGRS is pleased to announce a call for current Birkbeck research students to seek funding and support to pilot training initiatives in 2019/20. This call offers current Birkbeck PhD students the chance to propose training that will benefit themselves and their peers and to develop and deliver them with support from the BGRS. Funding awarded will be used to support well-defined initiatives which will deliver training accessible to all Birkbeck PhD students.

Submit an expression of interest

Current PhD students are invited to submit a brief expression of interest by 27 September. If you think of a training idea after this date you can still submit an application but we suggest that you contact the BGRS so that we can provide advice and support.

BGRS support in October will give you the chance to consider your ideas in more detail and will provide you with the support needed for you to prepare and submit a full proposal by 15 November.

In developing their own training initiatives those awarded funding will be able to build professional relationships with other research students and staff, improve their organisational skills and meet the training needs they identified.

When considering your training ideas it is recommended that you look at previous events listed on the BGRS and BPSN timetables to see whether any similar training has been run before and to get ideas about the format and type of training that you think would be useful.

Further information and how to apply

Further information about this call and the expression of interest form are available below:

If you would like your proposal to be considered please submit the form by 15 November to graduateresearchschool@bbk.ac.uk

Vitae will be hosting a live-lecture on Wednesday 17 July at 12-1pm (UK time) to discuss why Intellectual Property (IP) matters in research.

The lecture has been developed in partnership with the UK Intellectual Property Office and is for anyone working or studying at a university or research institute who is interested in learning more about IP in their research.

The webinar provides information from a UK IP perspective, but would be useful to researchers working on international projects with an interest in understanding IP more widely.

After attending this virtual event participants will understand the value of open access research outputs and know how and where research outputs should be deposited to ensure they meet the needs of open research more widely, whilst also considering their commercial potential.

You can find out more about this event and register here.

On Monday 1 July the BGRS held a Summer Party in the Keynes Library which was attended by around 50 Birkbeck PhD students from across the College. During the event the winner of the inaugural Gwynne-Vaughan Medal was announced. This medal was awarded to the student best able to demonstrate the most notable contribution to their field while undertaking their PhD.

Entries were judged by members of the Research Student Sub-Committee who agreed that the quality was extremely high and demonstrated successes for a diverse range of researchers who had entered the competition. The winners were announced by Dr Sarah Lee..

Aren Roukema was announced as the winner of the inaugural Gwynne-Vaughan medal. Aren is a full time PhD student in the Department of English & Humanities, School of Arts. Judges agreed that Aren had made a significant contribution to his field through his monograph, “Esotericism and Narrative: The Occult Fiction of Charles Williams (Brill, 2018)” and his chapter “Naturalists in Ghost Land: Victorian Occultism and Science Fiction,” which is included in The Occult Imagination in Britain, 1875–1947 (Routledge, 2018).

While carrying out his PhD Aren has also acted as Editor of Correspondences: Journal for the Study of Esotericism and had contributed to published research from leading scholars in the field as well as providing opportunities for researchers who were at an earlier stage in their careers.

Aren co-founded the London Science Fiction Research Community (LSFRC) in 2014. This community which is based at Birkbeck has been successful in hosting conferences and events including evening lectures and reading groups. The most recent conference drew 40 speakers and 100 delegates from 11 different countries. Aren wasn’t able to attend in person and the medal was received in his absence by Dr Joe Brooker, Assistant Dean for PGR in the School of Arts.

Our congratulations and thanks to Aren who receives the Gwynne-Vaughan Medal, a certificate and a prize of £200.

The runner up prize was awarded to Ilaria Bucci, a first year PhD student from the Department of History, Classics and Archaeology (School of Social Sciences, History and Philosophy).

During the first year of her PhD studies Ilaria had begun working on a publication with Marco Moriggi, professor in Semitic Philology at the University of Catania . The resulting work “Aramaic Graffiti from Hatra”, was published in May 2019 and is the first study on Hatra’s textual graffiti. The publication provides insight into the linguistic, social and cultural environment of the city and how it was experienced by its inhabitants and visitors. Ilaria receives a certificate and a prize of £100.

A further 2 PhD students, both from the School of Science, were highly commended.

Alex Cook is a PhD student within the Department of Biological Sciences whose research objective has been to characterise a component of the cell division machinery of Plasmodium falciparum, the most deadly species of malaria. Alex has been an invited speaker at 2 international conferences and an author on 3 publications. His mechanistic insights and methodologies have made notable contributions to the field.

Natalie Lancer (Phillips) is a PhD Psychology student who has foregrounded undergraduate professional one-to-one coaching as part of a pre-emptive strategy for mental health provision for university students. Natalie has published a highly cited textbook for coaching (as first author) as well as presenting her research at conferences and acting as a committee representative and secretary for the British Psychological Society’s Special Group in Coaching Psychology.

This one day conference, organised by the Birkbeck Institute for Social Research (BISR) will consider questions of authorship and power within the archive, and how the materials contained within them can be mobilised from their static locations and repurposed within academic, artistic, radical or imaginary frameworks.

A series of short talks, panel discussions and performances given by academics, students and archival professionals will consider archival materials from various perspectives; asking what is at stake in instituting an archives, how archives might be repurposed as political acts, and the ethical dilemmas of dealing with sensitive sources. A series of short performances from current and former Birkbeck students will explore the ways in which archives can be created, imagined, and used to empower marginalised groups. Finally, a group of archival specialists from Bishopsgate Institute, George Padmore Institute, MayDay Rooms and Wellcome Collection will each explore their individual collections and the ways these can be used in academic research and beyond.

Attendees are asked to apply to attend the workshop and visit with one of the four archives, as best fits their academic research and interests. Applications should include a brief outline of their research and some details as to why the workshop and visit would be beneficial to them. We ask that these applications do not exceed 700 words. Places are limited, so we advise early application. Students will be required to give a brief presentation (5-10 minutes) during the first workshop to explain their research and interests to their peers and the archival specialist present.