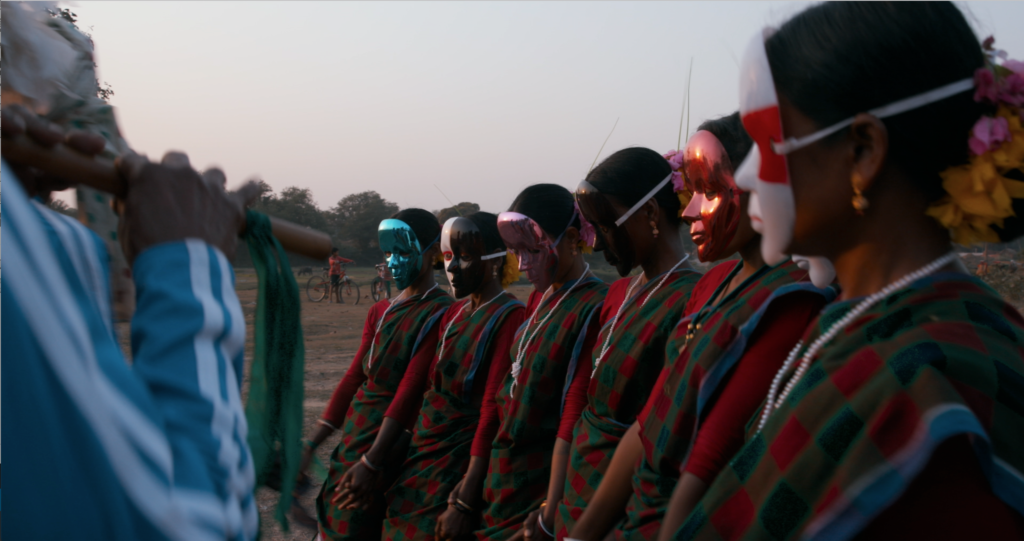 The Essay Film Festival, now in its sixth edition, presents a global range of contemporary and restored essayistic works, each exploring the creative zone of possibilities between experimental and documentary modes of filmmaking.

New work by the Otolith Group and restored essay films by Ruchir Joshi and the Yugantar Collective engage with the cultural history and politics of India, providing imaginative and insightful perspectives on the educational projects of Rabindranath Tagore, the wandering Baal musicians, the changing cities of Ahmedabad and Kolkata, and the political struggles of Indian women. A symposium on the work of author and filmmaker Joshi will take place during the festival with guests from India, France and the USA, while Yugantar member Deepa Dhanraj will join researchers from Berlin Arsenal and Goldsmiths to discuss the restoration of the collective’s films.

From Argentina, France, UK and the Philippines come challenging found footage experiments by Leandro Listorti, Frank Beauvais, Sarah Wood and John Torres, which critically examine the status and uses of images today while transforming them into moving and fascinating new creations. A student-led research workshop with guest filmmakers will analyse the theory and practice of found footage in the digital age.

US artists Garrett Bradley and Cauleen Smith investigate and celebrate the depth and diversity of African-American lives, past and present, with works that, like all good essays, both question the viewer and invite us into an ongoing conversation. Both Bradley and Smith will give lecture-workshops about their practice alongside the screenings of their films.

Developing the theme of ‘the living archive’, a series of events will address the cultural politics of film restoration, featuring works by Jocelyne Saab, Mostafa Derkaoui, Ingemo Engström and Gerhard Theuring, in addition to the restored films of Ruchir Joshi and the Yugantar Collective.

Finally, Israeli filmmaker Tamar Rachovsky will join the festival to present and discuss Home in E Major, which looks at complex questions of identity and belonging through the deceptively simple lens of the diary film.

Simple and complex, contingent and reflective, hybrid and critical, the essay film that we celebrate at our festival is a constantly renewed invitation to engage with the world and to see it in new ways.

The Essay Film Festival is a collaboration between Birkbeck Institute for the Moving Image and the ICA, with support from the CHASE Doctoral Training Partnership.