Birkbeck doctoral researcher Jessica Massonnié (Department of Psychological Sciences) speaks about the development of her research exploring children’s perception of classroom noise which has led to collaboration between teachers and researchers. Jessica was recently the winner of of the PhD/ Early Career prize for at Birkbeck’s 2019 Public Engagement Awards for her entry ‘Noise Annoyance in Schools: is it a Fatality?’. 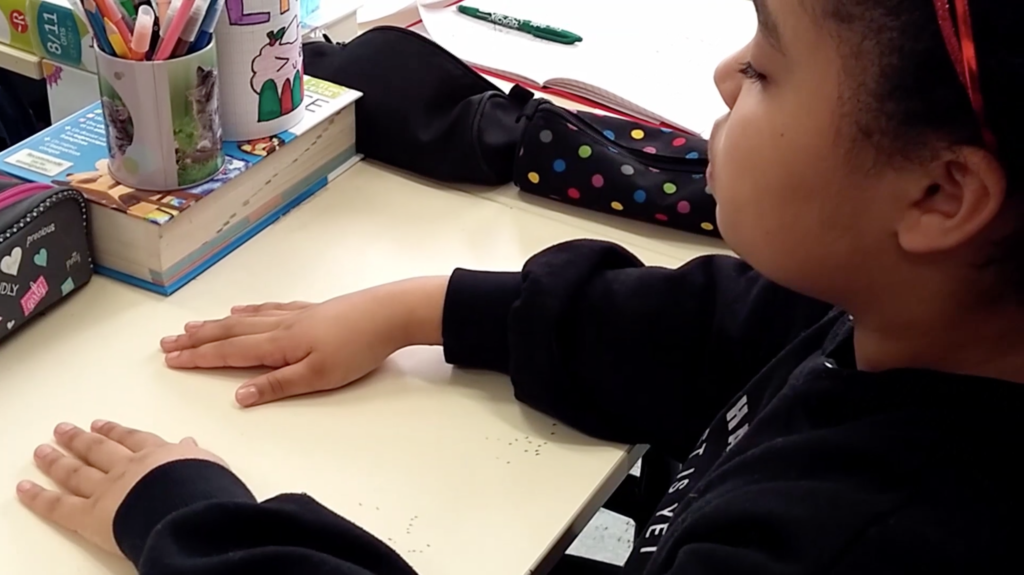 Public engagement always reminds me of who I am working for. I feel lucky to have quite an applied research topic: noise in schools. I am trying to understand how noise impacts pupils’ performance and well-being, and why children vary in their reactions to noise.

During the first year of my PhD, I designed “lab studies”: I prepared school exercises that children would do, as well as specific types of noise to display through headphones – hearing someone telling a story, or a more general babble noise. I assigned children to these different noise conditions and compared their performance in silence and in noise. This process had the advantage of fitting with the standard rules of scientific experiments, because it was highly controlled. But I often felt like a sales person when I was presenting the project to schools in order to try and convince them to participate. Although teachers and children were interested in the studies, and were enthusiastic about their participation, they were not directly involved in the creation of the research. All I could offer were some goodies to thank them for their participation, and feedback about the results several months later.

I met Philippe Frasseto by a happy coincidence, when I was doing a training session about research methods in Psychology in Paris, for an external organization. Over a coffee break we discovered that we were both interested in the issue of noise in schools. As a teacher, he was at the front line, experiencing high levels of noise in his school, which he found pretty stressful for himself and for his students. He had the initial idea of creating visual displays that would raise children’s awareness about noise, by using a visual code (green for low noise levels; orange for moderate; red for high). We wanted to embed this tool within a broader workshop, introducing children to the concept of sound, noise, and music, and to the harmful effects of loud noises. Philippe and I were also involved in yoga and mindfulness practice, and having reviewed the scientific evidence for such practice, we decided to include it as a second type of workshop the children could benefit from. Yoga and mindfulness have the potential to calm children down, lower their stress levels, and make them more aware of their environment.

The actual implementation of these coffee-break ideas was made possible by the combination of several factors: Philippe’s contacts with an artist, sound engineer, and yoga teacher; the enthusiasm of his “inspector” (within a  French equivalent of Oftsed), who helped us to recruit schools; the research support from Birkbeck and my supervisors (Denis Mareschal and Natasha Kirkham); and funding support from the Economic and Social Research Council, the Centre for Brain and Cognitive Development of Birkbeck University, and the Rectorat de Corse.

We designed the study together, and there was a lot of back and forth between the lab, and the school as we defined the main outcomes that we wanted to measure: noise levels; school performance; attention and memory skills. I then proposed some tasks and activities based on the available scientific evidence, and these were revised based on feedback from Philippe and participating teachers. This got me out of my comfort zone, by openly presenting the project before having finished it, or having any results. We were mostly focused on the collaborative process, coming up with a project that would benefit all of us.

I would say that one of the greatest challenges was to find a protocol that would answer the teachers’ interests and be flexible enough to fit with their everyday constraints, while still allowing us to conduct stringent analyses and derive reliable conclusions.

As Philippe says: “ The greatest challenge was coordination, to engage teachers and children and create a research project with classrooms that would not disturb their usual way of functioning.”

We followed the children over a 6-months period, collecting our assessments before, and after the interventions. The study was conducted in Corsica, an island in the south of France. I had the chance to be totally immersed in the project, living there for 3 months, during the key stages of the project. I was regularly meeting up with the team, visiting schools, observing the interventions, carrying out debriefing sessions with the children.

Continuation of my research

In the longer term, this research has allowed me to perceive scientific and experimental studies from a new angle, and I have become more involved in emerging fields in mind, brain and education, as I foster collaboration between teachers and researchers.

I am currently working with Michael Hobbiss (UCL) and Tracey Tokuhama–Espinosa (Harvard University, Flasco) to create an online platform connecting teachers and researchers willing to design scientific studies together. Feel free to read Michael’s blog post, and to get in touch with us, if you would like to participate, or to have more information.