Cinephiles: The Bad and The Beautiful 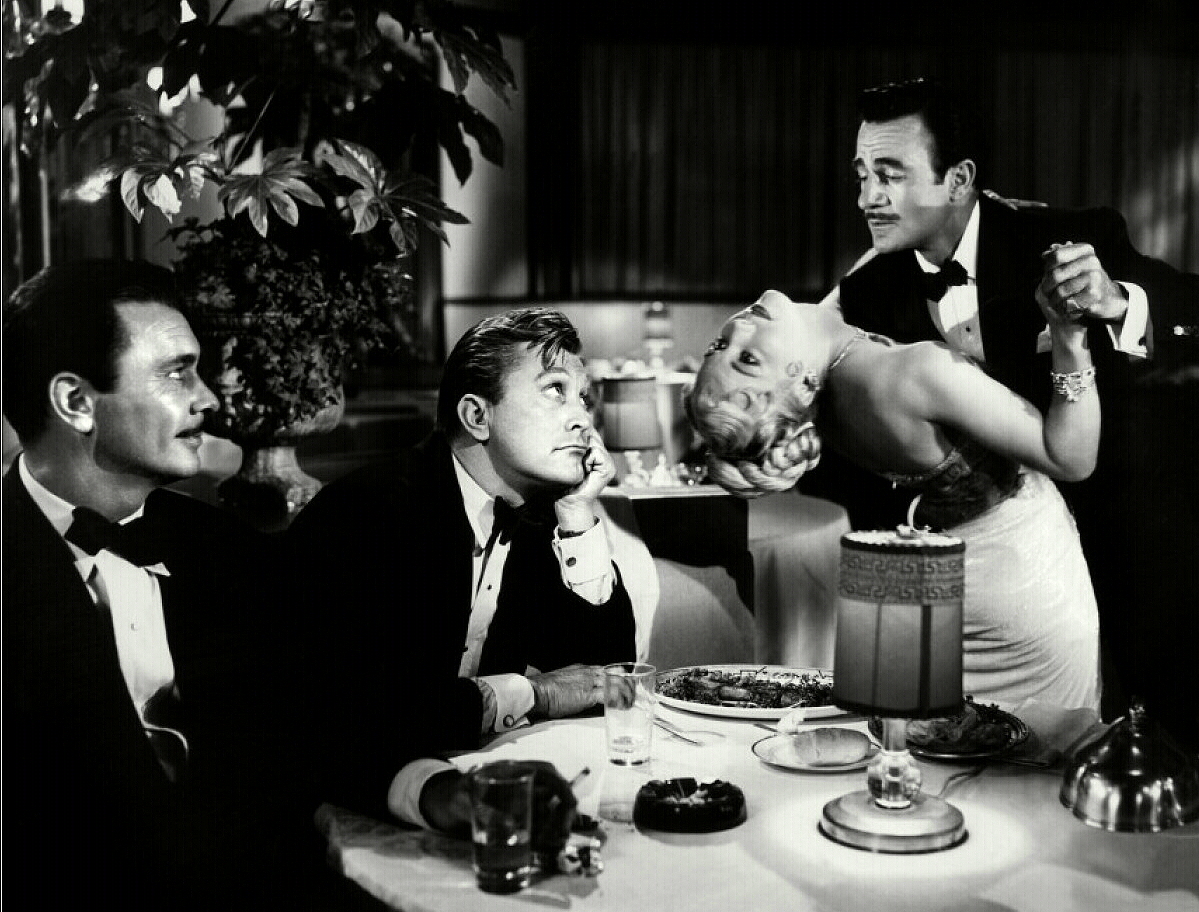 Friday 1st June marked the screening of a beautiful 35mm print of Vincente Minnelli’s 1952 ‘The Bad and The Beautiful’ as part of the ongoing Cinephiles strand programmed by Dr Michael Temple.
The strand focuses on films about film-making, and Minnelli’s work represented a move for the series from the silent era to the sound era, delving into the Hollywood system of the talkies through the tale of the fall-rise-and-fall of Kirk Douglas’ determined, morally ambivalent movie producer. Taking on a structure similar to a sort of simplified Citizen Kane (the amount of speakers giving their account of the lead character is reduced to three, and these are presented in a fairly straightforward linear manner), Douglas’ Jonathan Shields moves from Val Lewton-styled horror visionary, able to see that the true terror lies in the darkness and thus overcoming the limited budget of his B-pictures, to David O. Selznick-esque dictator, throwing his directors off the set in doomed attempts to take over himself.
The Bad and The Beautiful is usually viewed as a deeply bitter and caustic film, but for Minnelli there was something more complex at work in the film’s presentation of Hollywood, as he stated: “”People who read the script asked me why I wanted to do it. It was against Hollywood, etc. I told them I didn’t see the man as an unregenerate heel – first because we find out he has a weakness, which makes him human, and second, because he’s tough on himself as he is on everyone else, which makes him honest. That’s the complex, wonderful thing about human beings—whether they’re in Hollywood, in the automobile business, or in neckties.”
That said, while there is a feeling in the film of a certain communality and warmth between people, there is also the ever-hanging, ever-present threat of betrayal, a portrayal of a world of constantly-moving parts and grinding gears that work at cross-purposes, where someone always knows what’s better for you than you do yourself and will stop at nothing in their manipulative efforts to prove themselves (and themselves alone) right. Thus there is a complicated relationship between Douglas’s Shields and our three storytellers, each of them built up by Shields but then betrayed in some way, secure in their current success but bearing a certain bitterness towards the man who was once their benefactor; nevertheless they find themselves, again, drawn to him and his wild-eyed and determined dreaming, for all the devastation and destruction that often travels in his wake.  Minnelli’s Hollywood is thus a sort of emotional battlefield in which one tries to assert dominance and gain control by the sheer force of their personality, hoping for a personal character that can subsume all those others in its way.
Alongside our definite ‘resemblance to a actual person’ producer, the film’s cast includes Lana Turner as alcoholic actress, modelled on Diana Barrymore and Judy Garland, tormented by memories of her successful John Barrymore-esque father, Gilbert Roland as a Porfirio Rubirosa-inspired lothario actor and Dick Powell as a Southern author and reluctant screenwriter drawn from Paul Elliot Green and William Faulkner.