Joseph Brooker on St Joan at the Donmar Warehouse

Joseph Brooker on St Joan at the Donmar Warehouse.

Saint Joan (1923) is among the most celebrated works by the Dublin-born playwright George Bernard Shaw (1856-1950). The play was recently staged at the Donmar Warehouse in Covent Garden, directed by Josie Rourke and with Gemma Arterton in the title role.

The play depicts the career of the medieval French peasant girl, mystic and soldier Joan of Arc (1412-1431). (She is addressed as the English ‘Joan’ by other characters though, incongruously, when she has to sign her name it is recited as the French Jeanne.) The context is war in France – a France that seems scarcely yet to exist as a unified nation – against the invading English. Joan is first seen as the mysteriously charismatic ‘Maid’ who persuades a local captain to send her to the Siege of Orléans. In concert with the military commander there, Jean de Dunois, she inspires French troops to overcome the English. (It is suggested that Joan’s contact with God causes the wind to change direction and enable this victory.) We are then shown negotiations between English power-brokers and a French bishop wary of Joan’s influence. Joan is shown to have crowned the ineffectual Dauphin as King of France, and appears increasingly intoxicated by her own success as she urges the recapture of Paris from the English. The powers that be decide that she has become a liability, and a lengthy scene sees her tried for heresy. As a result, she is burned at the stake – an event which, like most dramatic physical action, is kept offstage. In an epilogue, it is pointed out that Joan’s reputation was subsequently restored by the Catholic Church, and her spirit appears to an elderly priest. 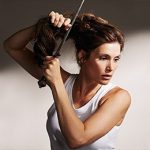 Shaw presented himself, however implausibly, as a rival to Shakespeare, and this play has a Shakespearean aspect. A history play chronicling major events of the Middle Ages, it works via scenes of dialogue, confrontation and negotiation essentially at the level of high politics – among royals, nobles, generals and archbishops, into whose sphere Joan has broken. In that sense the method is akin to parts of Shakespeare’s history plays, though Shaw is if anything less ambitious than Shakespeare, first in not seeking to represent battles on stage (thus the Siege of Orléans is much less visible here than, for instance, the Battle of Shrewsbury in Henry IV Part One) and second in not running any ‘low’ or peasant scenes alongside the high ones in Shakespeare’s carnivalesque fashion. The staging of debate does yield some strong ideas: most notably when discussions between the English and French spontaneously produce the notions of ‘Protestant-ism’ and ‘Nation-alism’, as though the words had never been uttered before and have just been stumbled into. Here Shaw suggests, in subtly comic manner, that Joan’s career coincides with the appearance of great historical forces that will reshape Europe.

For a 21st-century spectator, Josie Rourke’s production might also seem Shakespearean in being ‘modernised’: lifted by staging and costume out of the historical period depicted by the text. The first thing the audience sees – apart from Joan kneeling in chainmail, centre stage, before the play proper starts – is a burst of action from video screens describing stock market fluctuations in medieval France, as though on the rolling news of today. When the scene shifts to England we get not only an overhead shot of modern Westminster but also the opening of a fictional episode of Newsnight with Evan Davis assessing Anglo-French relations. (Now that’s what I call fake news.) The cast wear modern business suits and converse via telephones and video links. It can’t exactly be said that the action is brought up to date: the text’s reference points are still in the 15th century. Rather, we are suspended between two periods, or witnessing a dramatic space in which they coexist. It’s hard to say that the staging helps the play to allegorise a particular current issue. Perhaps it was thought that a medieval French setting would not draw today’s audiences; perhaps the digital bells and whistles simply aim to shake up and revivify an old story. The opening focus on stock markets suggests that these effects may provide a specifically Brechtian way to frame events – but where Brecht would have stuck doggedly with the shaping role of economics on the political sphere, Shaw doesn’t, so that element of the production can’t really be cashed in.

Shaw was also engaged with feminism, and the play might seem to bring us messages from the age of the Pankhursts. Certainly, like some of the greatest works of the Ibsen celebrated by the younger Shaw, it offers an exceptional part for a woman; indeed Joan is the only woman on stage in the play’s two hours. Yet there is relatively little explicit focus on Joan’s sex. She disavows her womanhood where possible, wanting to be a soldier not a maid; and the scepticism of the men she deals with seems not primarily a matter of gender. At her trial, with multiple prosecutors jockeying and disagreeing, the charge of transvestism is downplayed as a distraction from the more pressing question of heresy. Perhaps the one way in which the play does dramatise matters of gender and power is the mere unspoken fact of Joan’s isolation, as she is confronted by half a dozen men in dog collars. That image might retain pertinence in a world where groups of male politicians can sign away millions of women’s reproductive rights, with no woman in sight.