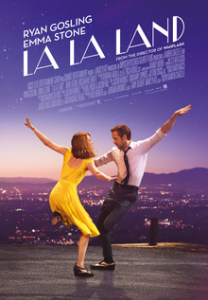 I don’t love the phrase La La Land itself, but I have come to think this is a very good title, meaning:

One use of the word ‘La’ unsignalled in this film is the phatic Scouse sound roughly equivalent to ‘mate’ or ‘lad’ – as when amid the last lines of Boys from the Blackstuff (1982) Chrissie asks ‘What is going wrong, Loggo? What’s going wrong?’, and Loggo replies: ‘Everything, la, everything’. If only Carla Lane (1928-2016) were still with us, she could write a sit-com in which someone leaves a house in Wallasey with the words ‘I’m off to see La La Land, la’, and hilarious consequences ensue.