Anna Hartnell on The Inauguration of Donald Trump

Dr Anna Hartnell on the Inauguration of Donald Trump

Donald Trump’s inaugural address was always going to be ugly. His campaign speeches may have been successful at rallying crowds, but he is no great orator, and a bit of poison and malice is standard fare. While the vision of death and desolation in which he shrouded contemporary America struck a darker note than many anticipated, it is also undeniably the case that his dystopia is not so far from the truth. 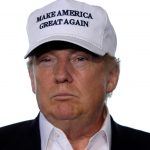 What was surprising about Trump’s inaugural was that not only did it seem to dissolve the last 70 or so years of US history, which witnessed the nation’s assent to the position of unrivalled superpower, but it also eschewed the triumphalist rhetoric that has accompanied this rise. The post-1945 US supremacy that has defined the current world order appears to be on the wane, and on Friday Trump, far from making America ‘great again’, embodied the image of American decline.

Trump and his cronies have clearly been major beneficiaries of a neoliberal order that has shrunk the state, privatized the public goods, outsourced American jobs to exploit overseas labour, and redistributed wealth upwards. But his grotesque hypocrisy doesn’t take away from the fact that much of the US testifies to a bankrupt American dream. That the vast majority of Trump’s proposed policies will clearly bankrupt it further is a tragedy, but it is also highly ironic that this ‘post-truth’ president who habitually peddles fear and brazen lies has called out a reality that his predecessor shied away from.

Successive postwar American presidents have adopted American exceptionalist rhetoric and imagery to project US supremacy. Ronald Reagan famously described the US as a ‘shining city on a hill’ and George W. Bush claimed that ‘our nation is chosen by God and commissioned by history to be a model to the world’. While Obama has been far more candid in pointing up the contradictions of the American project, his speeches have nonetheless cast the nation’s present as the culmination of an inexorable journey towards ever-greater freedom and progress. The boundless optimism of Obama’s soaring rhetoric has often masked a much less rosy reality.

The deeply problematic nature of American exceptionalism notwithstanding, Trump’s failure to engage with it seems almost more troubling still. It is a convention of inaugural addresses that they stress continuities and the importance of national unity. The theme of national renewal is obligatory. Yet Trump spurned almost all recognisable US historical references in favour of a mystical national ‘greatness’ and ‘glory’ that is evidenced not in the sacred expanses that lie between ‘sea to shining sea’ of Obama’s exceptionalist imaginary, but rather in the blood of patriots. That Trump’s is a fascist vision is reinforced, shockingly, by his choice to voice the ‘America First’ slogan of the 1930s that was the preserve of anti-Semitic, isolationist Nazi sympathisers bent on keeping the US out of the second world war. Trump has already reinstated the Churchill bust to its central position in the White House, but arguably this in itself is a slap in the face to the dream of European integration that animated Churchill and which has been a cornerstone of US foreign policy since 1945. It is a gesture of solidarity with Brexit Britain.

Trump’s neo-fascism is perhaps a reminder that for all the pitfalls of American exceptionalism, its rejection of the nostalgic ‘blood, soil and land’ brand of European nationalism in favour of a national ideology with its eyes firmly on the future is a preferable alternative. American exceptionalism has been a potent vehicle for those across the political spectrum who have wanted to appropriate the victories of America’s liberal tradition to their own causes – legitimately, perhaps, in the case of the nation’s first black president, illegitimately, arguably, in the case of someone like Glenn Beck, who once tried to claim the Tea Party and the civil rights movement shared the same lineage with the nation’s larger march towards freedom. The danger of course is that these traditions are sanitized and usurped by a chauvinistic national myth. But at least they have been deemed desirable, with all self-respecting politicians wanting to name them as their own and quintessentially American.

Trump on the other hand, while rightly calling out a contemporary American dystopia, proposes to replace it with a nightmare. It is not at all surprising that Trump himself now appears to stand in for the dystopian end-point of the American dream – the ‘American carnage’ of his own imagination. What is unexpected is that he might make us nostalgic for the familiar tones of US nationalism, the lofty ideals that have for over half a century been audaciously, and often outrageously, wedded to the spectacle of US supremacy.