Over the summer holidays I try to read books I’ve been meaning to read for a while. This year was no exception; I had been meaning to read Chris Kraus’s I Love Dick since a flurry of reviews and opinion pieces appeared on it a year or so ago. Kraus’s book, which first appeared in 1997, has also received renewed attention due to an Amazon TV show, which launched this year (and which I’m yet to see). Over the past few years, I Love Dick has become seen by many as a key text about masculinity and femininity at the dawn of the twenty-first century.

I Love Dick is about a woman called Chris, an artist, and her husband Sylvère, an academic, who construct and narrate a love-affair – to a large degree unreciprocated – between Chris and the mysterious, largely absent Dick, an English academic. The book looks like a memoir, but it’s a brilliantly playful fiction and a dazzling work of cultural critique about how masculine culture misrepresents and silences women. One of the key intertexts of I Love Dick is Gustave Flaubert’s Madame Bovary, and Chris and Sylvère say that one of their challenges is to write a love-triangle from Emma Bovary’s perspective. Or, as Chris says elsewhere, her aim is write “The Dumb Cunt’s Tale”, a nod to one of The Canterbury Tales that Geoffrey Chaucer never got round to writing. For Chris, this tale is the story of the woman who figures in men’s stories but doesn’t get to speak for herself, to control her own destiny, to represent her own desire. The woman who is the author of her own mistakes; or, as Chris asks us,

Isn’t the greatest freedom in the world the freedom to be wrong?

The initial conceit of Chris and Sylvère’s love for Dick becomes a more general and chaotically erudite account of what it might mean to be in love with a man.

Reading I Love Dick was, for me, a profoundly involving experience. I recommend it, and feel sure that it’s a book I will go back to. There’s much to be said about it – especially about its brilliant form as a series of ‘realistic’ letters, and about Kraus’s excursuses on Jewish culture, on New Zealand, on youth, on modern art, on education, on fame, on schizophrenia.

However, I Love Dick spoke to me rather surprisingly in the light of one of the other books I read on holiday: Muriel Spark’s strange and dark masterpiece, The Driver’s Seat (1970). Spark’s little book tells the story of Lise, a curious woman about whom we learn little but who, we learn from the beginning of the book, sets off on a journey to create, to construct, to narrate her own murder. Spark’s novella turns the conventions of crime thrillers inside out, and asks: what if all the murdered women of crime fiction wanted to die? What if they tried to control their own destiny, to sit in the ‘driver’s seat’ of the title, in a literary form that is fundamentally misogynistic? Spark’s book asks us to consider how shocking, how perverse, such a world would be, if seen from the woman’s perspective. Crime fiction – in which women are repeatedly subject to sexual violence and lack agency in their own stories – evokes a world in which women cannot do anything other than perform to the literary stereotype, the ‘suicide blonde’ and ‘femme fatale’. Spark described her book not as a “whodunit” but as a “whydunit”, and in Spark’s hands the results of this literary experiement are shocking and alienating.

Spark’s book directly anticipates Kraus’s refusal to accept male cruelty “as a gift of truth”; both Spark and Kraus  ask what it would mean for women, within the idiom of literature and its plots, to control their destiny. At the same time, Chris writes

No woman is an island-ess. We fall in love in hope of anchoring ourselves to someone else, to keep from falling.

Both I Love Dick and The Driver’s Seat take as their central topic, and their literary form, the problem and possibility of the fragmented subject as author: two established forms – the love-letter and the whodunit – are remade, and turned into dazzlingly powerful, provocative, and challenging texts. 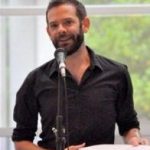