Jang Jin-sung’s Dear Leader is an astonishing memoir, translated for the English reader by Shirley Lee. The author is an exiled dissent, now living in South Korea, who spent years as an official writer for the North Korean regime in Pyongyang. His beautiful, poignant, funny and tragic memoir explores the experience of writing to order in this totalitarian state, going on to document his defection, escaping through China eventually claiming asylum in the South Korean embassy in Beijing. Dear Leader is a record of what it is like to teach, study and practise the arts under extreme political duress. It documents, too, the journey and experience of a refugee, so crucial in today’s world where so many are on the move, fleeing repressive regimes. Reading it brought me to tears.

Jang was a senior figure in North Korean counter-intelligence and his book explores the gap between fiction and truth in a world where they have been turned upside down. So, for example, he was part of a team commissioned to write the Annals of the Kim Dynasty, which is still broadcast daily on the single state-run North Korean television channel. Oddly, this team had full uncensored access to an archive of documents which told a different story from the one they were commissioned to write. Whilst they were to tell a tale of harmony within the Leader’s family, the archive actually told a story of power taken rather than given, of the usurpation of power from Kim Il-sung by his son, Kim Jong-il. How strange that the archive itself was not more fictive; how strange that it preserved records which contradicted the official histories.

One of Jang’s colleagues, commissioned to write about the early years of Kim Il-sung, confides a different difficulty:

Our Supreme Leader was born on 15 April 1912. It’s such a significant day that there’s plenty to say about it. But what did he do the next day? I could refer to his mother’s milk as revolutionary nutrient. But what did the Supreme Leader himself do? In all honesty, what else could a baby at that age do but piss and shit? (p. 128)

The poverty of material for the Annals, as described here, is in contrast to Dear Leader itself, which is so full, rich and powerful. Whilst official North Korean literature works to remove all other content, so that it all refers to the Supreme Leader, Jang already had proof that writing might be about other things, that emotions could be experienced privately, because by chance he’d been able to read the poetry of Lord Byron and hear the music of Antonín Dvořák. Moreover he had charismatic teachers who knew this, too.

Although Dear Leader and, I presume, the Annals of the Kim Dynasty are in prose, Jang is a poet and throughout his time writing in praise of Kim Jong-il he also secretly wrote poetry which responded to what he really saw: people starving. Shocked by the famine he sees in his home town and the deprivation it has brought to his friends, Jang cannot complete his commission: an epic poem to praise the military policy of Kim Jong-il as if in the voice of a South Korean admirer. His friends’ suffering stifles the propaganda he should write. Instead he writes different, prohibited poems. Later, though, when he is near starvation himself on his flight into exile, he doubts that he is any longer a poet:  ‘there was no poetry in hunger. North Korea was a nation without poetry’.

A great deal of this book is about words lost in crises: of stories not known, unfinished or not told, things that can’t be said and written down. At one point, the narrator goes to see a general who has experienced one of the prison camps where cadres are politically re-educated. He tells Jang:

No stranger must know this story. Don’t write it down: just know about it. Better still, hear it to understand it, and then erase it from your memory.’ (p. 139).

Despite this instruction, he does tell it: ‘This is the story he told’, he says. By immersing the reader in the experience of a single individual, the book draws attention to the enormity of the human suffering which is its context and, in this way, stands in for the narratives of others who have been silenced: the dead and those still living in North Korea.

A great deal of Jang’s memoir reads like fiction: so much of what is described is completely bizarre, even at times comically so. The tragedy of the book, of course, is that it’s not. 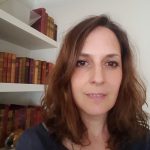