Mothering Sunday (2016) is Graham Swift’s tenth novel, if an 132-page novella counts. This is a kind of historical fiction, centring on one day: Mothering Sunday, March 30th 1924. 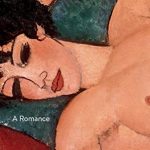 For the novella’s purposes the significance of the holiday is that servants are allowed a day off work to visit their mothers. Its protagonist Jane Fairchild is an orphan and a maid at a manor house in Berkshire. While her contemporaries in service are dutifully spending the day with their mothers, she – motherless – takes the opportunity for a final covert liaison with Paul Sheringham, the wealthy son of another nearby household. The first half of the book focuses primarily on the post-coital scene between the two of them, on her first and only visit to his bedroom, before he departs for lunch with the fiancée he is scheduled to marry in a fortnight. Swift builds character and context around this scene, which moves as though in slow motion and almost without dialogue: it is mainly a matter of Jane’s perceptions and reflections as she lies naked and watches Paul elaborately dress himself.

The novella initially seems slightly different from Swift’s best-known works, which talk a lot about history but from a contemporary starting point. But actually the difference is not so great, as Mothering Sunday turns out to have a degree of retrospective framing. Hints of this appear from early on, slightly undermining the autonomy of the historical setting. In the book’s second half, the frame becomes more explicit and insistent. Jane, we learn, has gone on to become the famous author of nineteen novels, still sought out for interviews in her nineties. Swift gives numerous glimpses of her answers to these generic interviews, so our sense of the character is a composite of both ends of her life.

Why this retrospective frame? It allows Swift to tell us what happened later, and to give some sense of the vagaries of life and time – but I’m not sure it has enough space to do this very richly. Its main function may really be to foster the book’s metafictional aspect. That Jane becomes a writer gives Swift licence to write extensively about storytelling and its relation to life. Such meditations have been characteristic of Swift’s generation of British writers: Barnes, Rushdie, Byatt and more. In Mothering Sunday they can be of interest, allowing an additional intellectual content to arise from events; but they can be less convincing:

About all these words – tale, story, even narrative – there was a sort of question, always hovering in the background, of truth, and it might be hard to say how much truth went with each. There was also the word ‘fiction’ – one day this would be the very thing she dealt in – which could seem almost totally dismissive of truth. A complete fiction! Yet something that was clearly and completely fiction could also contain – this was nub and the mystery of the matter – truth.

All true enough, but these ideas are sufficiently familiar that their inclusion would be better justified by tauter expression.

What’s best in this book might be not the metafictionally-inclined retrospect but the historical scene from which it starts. Jane’s reflections as Paul prepares to depart, and then as she wanders his house alone, are closer to the pulse than the more garrulous meditations that tend to crowd in later. Swift has long had an attraction to figures of ordinary speech which he examines and inverts. This is present here, via Jane’s gradually expanding vocabulary: sometimes it feels an idle tic, but at others it gives Swift a way to explore ideas that arises organically from what his character sees and does. But this familiar authorial note here accompanies a sense of fiction closer to Virginia Woolf’s: the distended moment, the intrigued scrutiny of actions and objects in time, as in Jane’s silent exploration of the empty house. Her naked wandering is self-consciously transgressive, but she retains the maid’s eye: ‘the worn patch at the top of the staircase, the gleam of banisters, the glitter of dust in the air. There was always dust in the air. Why else the need for dusting?’