As academics meet their overseas counterparts over the summer conference season, wry comments about Europe and its constituent parts, back-stabbing and betrayal among rulers, regime change and political upheaval will have been woven into many a conference paper.

They can hardly be more accidentally apposite than they were at last week’s conference at UCL and Winchester, marking the millennium of the Danish King Cnut (Canute, Knútr) sailing up the Thames to the siege of London, beginning two decades of rule over the English. Complementary perspectives – archaeological, historical, numismatic, literary ­– were brought to bear on what happened next, for despite decades of chronicle records of ‘Danish’ (or Scandinavian) incursions, and heroic saga accounts (post-dating the event by some two hundred years) of Cnut’s assault on London, surprisingly little is known of his twenty-year reign.

There are few physical traces; according to historian Barbara Yorke, Cnut’s base in Winchester may have been conceived largely as a memorial royal site, modelled on his grandfather’s in Jelling, Denmark; but early-eleventh-century London too, so Andrew Reynolds argued, was surprisingly rural, just beginning to recover from its post-Roman Anglo-Saxon slump. It is difficult to locate Cnut’s specific place in England, in contrast with his wider role as a half-Polish king of Denmark, attempting to subsume England into his European empire.

A literary highlight of the conference was the focus on Cnut’s poets, the Icelandic skalds who honoured him with laudatory poems at a part-Scandinavian, part-English court—later, or simultaneously, praising his Norwegian rivals. These poems, as contemporary sources, add a ring of authenticity to the saga sources that drew on them, but are difficult to read because of their enigmatic poetic conventions. Erin Goeres offered a study of Liðsmannaflokkr, a poem unique in its collective attribution to Cnut’s own troops rather than to a named poet —  a namelessness that has probably detracted from the credence given it by historians. Should the hrein ekkja – ‘chaste widow’ – looking on at Cnut’s siege from the stone walls of London be identified as Emma, widow of Cnut’s adversary Ethelred, subsequently cannily married by Cnut himself? Does ‘widow’ even mean ‘widow’ here, or is it a poetic usage for ‘woman’ in general, often conventionally invoked by skalds as notional witnesses to heroic deeds?

Roberta Frank, in a characteristically scintillating riff on these displaced poets adapting their Scandinavian-specific art to a multicultural court, summed it up as ‘knottiness’ – a play on the name Knútr, literally ‘knot’. Not only a fine image for the convoluted, intricate patterning of skaldic verse, ‘an erudite, combative game’, but a route into speculation on the poets’ perhaps cynical plays on the ramifications of this not particularly dignified name — ‘knot, ligature, binding, complex interlacing of rope’. (Simon Keynes had pointed out that Anglo-Saxon political satire also played with rulers’ names, coining the sarcastically rhyming epithet ‘Æðelræd unræd’ — unræd meaning ‘bad counsel’ as a play on the meaning of the king’s name, ‘noble counsel’— though they did not foresee its further descent into ‘the Unready’.) And who could have foreseen ‘knut’ as early-twentieth-century slang for ‘dandy’: ‘I’m Gilbert the Filbert, the Colonel of the knuts’?

Kevin Kiernan, originator in the 1980s of the argument for the dating of Beowulf to the early eleventh century, participated in a session revisiting the appropriateness of the poem to Cnut’s Anglo-Danish milieu; a theory topical again in the light of recent reassertions of a much earlier dating. ‘I am not a palaeographer,’ he declared, raising some eyebrows in view of his book-length study of the Beowulf manuscript. His review of some classifications of late Anglo-Saxon scripts was supported by Richard North’s analysis of the connotations of the name Scyldings for the Danes in Beowulf and its relation to the Norse term Skjöldungr, suggesting the existing text of the poem as a revision, devised for Danish consumption, of an earlier, presumably more ‘English’ version.

Puns ruled again in Andy Orchard’s title, ‘Reading Beowulf in the Time of Cnut the Great: Make me an Offa?’ which obliged him to feature three poems, Beowulf, Widsið and The Battle of Maldon, each of which features an Offa. More seriously, he introducted CLASP, ‘A Consolidated Library of Anglo-Saxon Poetry’, an interactive online edition of the corpus of Anglo-Saxon poetry in both English and Latin that will enable comparison of metrical, thematic and other features across languages, manuscripts and periods. 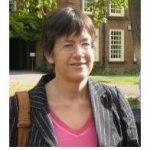