To say that The Countenance Divine, the debut novel by Northern Irish writer Michael Hughes, is ambitious would be an understatement. Taking as its point of departure the story of a computer programmer battling both the Millennium Bug and his own demons in the London of 1999, the novel spirals in time to take in the Whitechapel murders of 1888, the visions and strange inventions of William Blake in and around 1777, and Milton’s completion of ‘Paradise Lost‘ in 1666. To cover so much ground, Hughes employs a kaleidoscope of styles, from the droll detachment of the millennial story to the chilling ventriloquism of the Jack the Ripper sections. 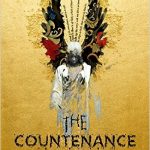 If there’s a danger here, it’s that some of this ground might already feel well-trodden: it’s not only the ghosts of Milton and Blake that haunt these pages, but also those of Iain Sinclair and Alan Moore (whose Jack the Ripper graphic novel ‘From Hell’ is invoked early on.) But this sense of well-trodden ground is partly the point: this is above all else a novel about London in the grand psychogeographical tradition – London as a living thing, churning with its own blood and guts – and it’s a testament to Hughes’s skill and the clarity of his own visions that he stakes his claim to this disputed territory with such verve and assurance. The writing sparkles throughout and the individual storylines are both compelling in their own right and weave together to create a bigger picture that is richly-textured, beguiling and audacious.

This is a brilliant debut novel that – fittingly if ironically for a book filled with signs and wonders, dreams and visions – augurs well for the future. 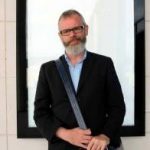