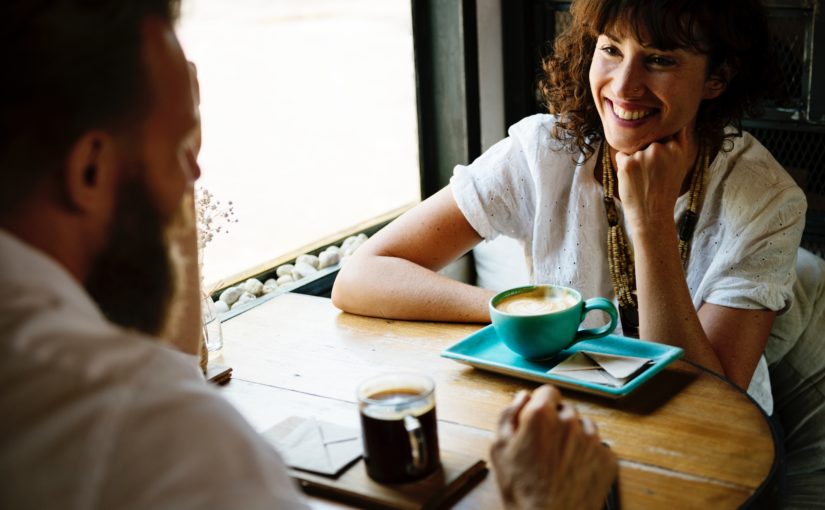 “Why do you want to be a mentor? Do you know what’s involved?”

These were the words that echoed in my head as I went into the training for the Mentoring Pathways programme. The blunt answer was no. I had some fuzzy ideas about making a difference, but beyond that, I wasn’t clear about what to expect.

As an alumnus of Birkbeck, I have first-hand experience of the magic of the place. The Master’s course I completed in 2012 overhauled my life, causing me to alter my perspective on myself and my career. For me, there was one piece missing. Going through the educational process, I wanted the opportunity to explore how to embed my learning into my life.

Fast forward six years, and I came across the mentoring programme by accident. I realised that this was my opportunity to support someone having an experience like mine all those years ago.

Mentoring was a fascinating experience and one with unexpected consequences. In working with my mentee, I was forced to get clear on my story, why I had made the choices I made, what served me, and what I would counsel against. It forced me to get under the skin of some of the commercial decisions I have made and justify them, which I really enjoyed.

My mentee and I spent time discussing her academic work, and in that, I discovered new writers and texts, and enriched my practice in unexpected ways.

I had expected to enjoy supporting a student in a way that allowed them to think about things differently. What I had not expected was the breadth of learning for me and the richness that it offered.

I can wholeheartedly recommend being part of the mentoring programme. As well as being run exceptionally smoothly, it offers a development opportunity for both mentors and mentees. I strongly encourage you to sign up next year.

–Anna Wesson is an executive coach, working with emerging leaders in professional services.

The programme aims to support students’ career aspirations and expose them to professional networks, by bridging the gap between academic learning and workplace practices.

Applications have opened for the Mentoring Pathways 2019/20 intake, find out more about becoming a mentor.

Many Birkbeck alumni, supporters and their families have generously decided to remember the College in their wills. In November 2018, the Master of Birkbeck Professor David Latchman CBE invited the College’s alumni to Birkbeck to tell them more about the positive impact that gifts in wills have on the College community.  The Master hosted alumni and supporters for Afternoon Tea at Malet Street where guests had the opportunity to hear from faculty and students.

From 2016-2018, Birkbeck received £2.5m from gifts in wills. Such kind gifts have enabled Birkbeck to continue its mission: to provide further education that is high-quality and flexible for working Londoners. 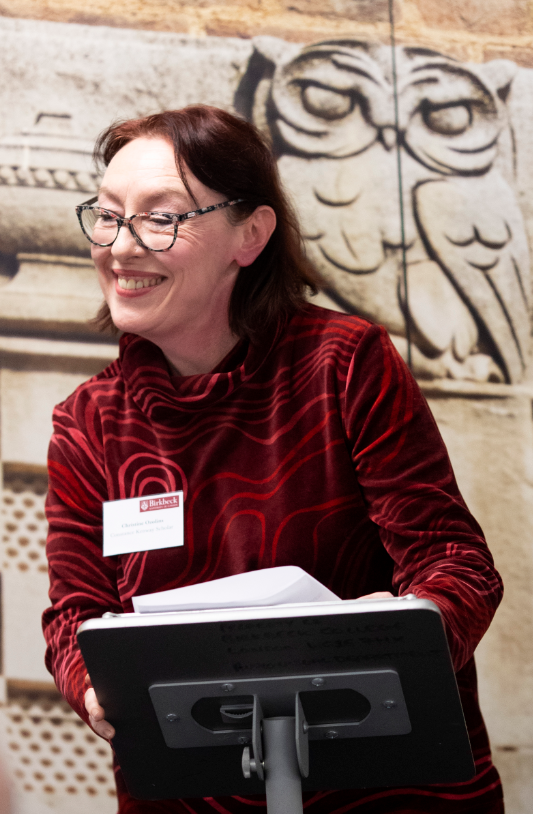 ‘It is so important that people like myself are given a chance to fulfil our potential and create value for society in the present and future. I believe Birkbeck stands alone in its mission to provide the highest quality education to everybody, regardless of age, background or gender’.

During the afternoon, Birkbeck student Christine Ozolins spoke to alumni about the difference that a bequest made to her student experience. After completing her BSc degree in Psychology at Birkbeck, Christine continued her studies by enrolling for the MSc in Cognitive Neuroscience and Neuropsychology at Birkbeck.

Halfway through her MSc, Christine’s marriage broke up, and she questioned whether she could afford to continue her studies. Christine said: ‘With the financial burden of having to support myself and also pay my fees I knew I would not be able to continue my studies. I had received a distinction for all my first year modules and I was heartbroken at the thought that I might not be able to continue’.

It was at this point that Christine was awarded the Constance Kenway Scholarship. The late Mrs Constance Kenway generously remembered Birkbeck in her will, and her gift now offers financial support for postgraduate psychology students facing financial hardship.

Christine will graduate from Birkbeck with her MSc Cognitive Neuroscience and Neuropsychology with Distinction. She plans to start a PhD.

Christine explained: ‘It is so important that people like myself are given a chance to fulfil our potential and create value for society in the present and future. I believe Birkbeck stands alone in its mission to provide the highest quality education to everybody, regardless of age, background or gender’.

More than 200 alumni and supporters have informed us of their intent to remember Birkbeck in their wills, and many hundreds more have registered their interest to receive further information. Birkbeck is incredibly grateful to have such kind alumni who want to invest in Birkbeck students.

The Afternoon Tea was a wonderful opportunity for some of these supporters to find out more about how gifts in wills benefit students like Christine. Gifts of every size have a lasting impact and help to ensure that Birkbeck’s high-quality teaching and world-class research continue to serve future generations of students.

If you are curious about learning more about remembering Birkbeck with a gift in your will, please get in touch with the Development & Alumni Team by calling Kara McMahon on 020 7380 3187 or sending an email to k.mcmahon@bbk.ac.uk.

If you would like to read Christine Ozolins’ speech in its entirety, you may do so here. 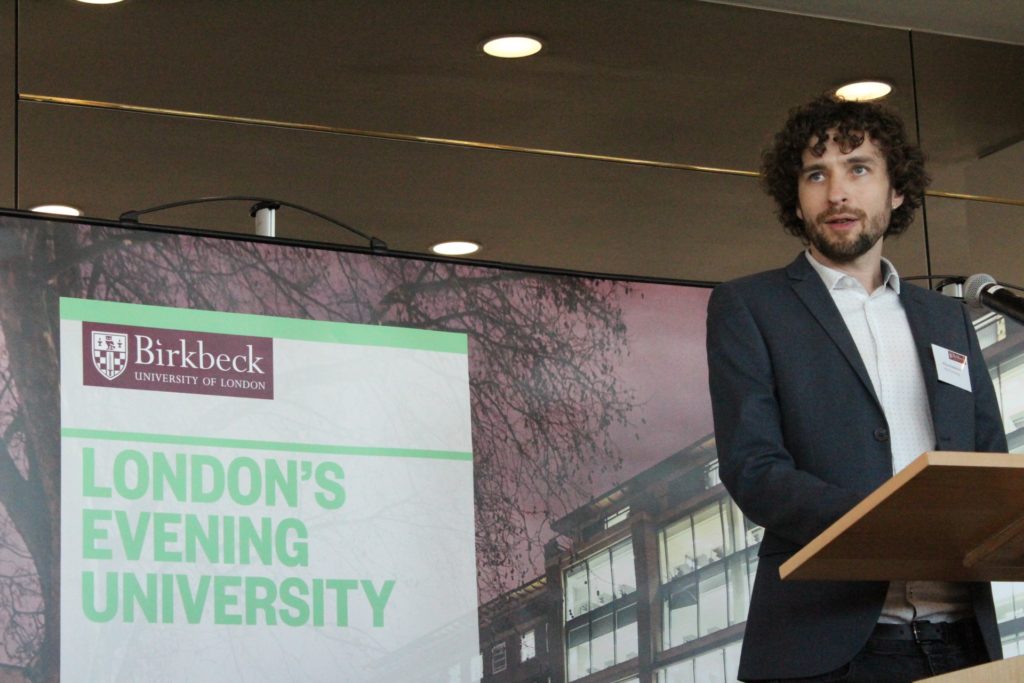 Wikus Barkhuizen who received a fully funded scholarship spoke at last night’s An Evening of Thanks. Wikus described how the studentship transformed his life and enabled him to undertake important research linking smoking to mental health issues in young people. Read the full speech below.

It is a real honour to be here tonight to tell you about my Birkbeck journey and the real difference that your donations make to students like me and to the research we do.

From a young age I knew that I wanted to spend my life helping others. My parents instilled in me a strong culture of the importance of giving back. So after school I decided to do a degree majoring in psychology and genetics.

But things did not go as planned and I had to take a break from my studies to work full time. And as I soon discovered, opportunities in South Africa where I grew up were few and far between without the right contacts or qualifications.

But I got a second chance. A good friend and her mum lent me the money for plane tickets and a visa application so that I could come to the UK to save money to finish my degree.

When I arrived, I worked as a care worker for people with dementia. I also volunteered at a drug service and six months later got a job as a case worker helping people to overcome their addictions. I loved that I could do something for a living that I found fulfilling and that helped others.

Several years later and I had settled in London. I was managing the drug service where I initially started as a volunteer. But working for front line services, especially after several waves of funding cuts, was not a long-term plan. The “more-for-less” culture started demanding too much. Friends and colleagues were burning out around me. Luckily, I had a plan.

You see, Birkbeck is all about second chances. For 4 years I rushed from work to attend evening lectures and finally got my psychology degree.

After graduating from Birkbeck, I was accepted to do a master’s degree at Kings College London researching early interventions in psychosis. While doing my master’s, a good friend from Birkbeck encouraged me to apply for a fully funded PhD studentship on adolescent mental health using genetic methods, supervised by Professor Angelica Ronald at the highly rated Department of Psychological Sciences.

It was perfect for me. And thanks to my experience working in clinical settings with people affected by mental health and substance use difficulties, and my academic background in early interventions, I got the studentship!

If it was not for the generosity of the Birkbeck alumni who funded the Camara-Rijvers David studentship, I would not have been able to dedicate three years of my life to researching a topic I am deeply passionate about.

So let me tell you a bit about my PhD research:

We all know that smoking tobacco is bad for you. If I ask you “What are the risks associated with tobacco use?”, what comes to mind?

Most people think of lung and heart disease and cancer, right? But I am guessing that not a lot of you knew that smoking may also affect your mental health, particularly in young people.

So I wanted to know if there is a link between tobacco use and psychotic experiences after taking into account other factors. For instance, if a young person who smokes tobacco is more likely to feel paranoid, is this related to tobacco use or is it rather because they have also experienced more stressful life events or smoked cannabis?

My findings showed was that regular smoking during adolescence was associated with psychotic experiences and this was not just an artefact of other risk factors.

So there is a link. But why? To find out, I ran twin models that compare identical and non-identical twins in a sample of thousands of twins called the Twins Early Development Study. And what these models showed was that in most part, tobacco use and psychotic experiences are associated because of the same genetic influences.

What does this mean?

Thanks to the opportunity to do a fully funded PhD I have just published the main findings from my first year in a leading adolescent mental health journal. I have developed research skills and got my foot in the door for a new career. This will put me in a good position this time next year when I apply for research positions as a post doc.

My funders not only supported my PhD but a future career that I believe will allow me to continue making a difference, and I could not have done this without their support. Thank you!