The Easter Rising of late April 1916 is regarded as the founding act of the modern Irish state, and stands as probably the most iconic event in Irish history. It has also been enduringly controversial: from the senior members of the republican Irish Volunteers who fiercely debated whether it should go ahead in the first place, producing an extraordinary sequence of orders and countermands, to the shifts in public opinion in the following weeks, as many seemed to turn from disdain or indifference to admiration for the rebels; and latterly in the historical and cultural disputes between supporters of the Rising and those ‘revisionist’ sceptics who seek to cast doubt on its legends and explore nuances that they see as whitewashed out of the nationalist narrative. 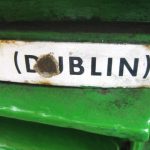 Numerous historians have written on the Rising, but Charles Townshend’s book is useful in its combination of focus and range (it is centred on the Rising, but contains enough bookending to set it amid the whole revolutionary period); in its specifically military expertise (Townshend is noticeably fond of service jargon: brigades muster and battalions mobilize); and in its ability to make sophisticated reference to the extensive archival documentation available to the historian today in a way that would have been less familiar a few decades after the event. In particular, writing for a 2005 publication and then revising his book for 2015 in time for the centenary, Townshend makes use of the witness testimonies of Ireland’s Bureau of Military History, in which dozens of veterans of the struggle for independence recorded statements that were only released for study decades later. His book has a continuous anecdotal richness as the words of relevant players at the time are woven through his deft, careful, occasionally wry narrative.

Near the end of the book Townshend defends revisionist historians – notably their doyen R.F. Foster – as scholars prepared ‘to correct the distortions involved in the creation of national foundation myths’ and suggest ‘the complexity out of which an alternative story could have emerged’ (353). Across the book, Townshend himself frequently strikes me as relatively revisionist in tone, by which I primarily mean just that he often seeks to see things from the official British point of view. Townshend’s tendency to talk of England’s peaceful political traditions being unable to comprehend the violence of Irish passions may make some sense in terms of a comparison of English society to various more turbulent European neighbours, yet neglects the fact that this supposedly benign hegemon had slashed its way around India and Africa by force (a fact often pointed out by Irish nationalists, including Sir Roger Casement who had witnessed Empire around the world). At one point (300-1) Townshend even goes out of his way to try to see the virtues of the notorious General John Maxwell, the military governor who arrived on the fifth day of the Rising and oversaw Britain’s perilous response to it in a period of martial law. Yet Townshend’s determination to understand Britain’s management of the crisis, rather than condemn it out of hand, in fact does his book much credit: he offers a wealth of insight into the thinking of Prime Minister Herbert Asquith, the Chief Secretary to Ireland Augustine Birrell and his lieutenant Matthew Nathan, as well as the numerous military and police commanders whose forebodings and furies have entered the record.

In a sense so much is known about the Rising that a wholesale new interpretation of it would be difficult to produce (though Foster’s 2014 study Vivid Faces arguably pointed towards one by reading the independence movement as a generational and countercultural revolt of youth). Townshend’s work is thus more an elegant synthesis than a radical challenge. Then again, in other ways too little is still known about the Rising – with, for instance, the failure of any rebel battle plan to survive and offer substantial insight into the reasoning behind their occupation of particular locations. Here Townshend the military historian comes into his own, puzzling carefully through each element of rebel strategy and often falling back into questions that he cannot answer. Thus, for instance, why did the squadron dispatched to take Dublin Castle retreat at the first sign of trouble though this most crucial strategic location was virtually undefended (163)? Why did the Irish Citizen Army dig trenches in St Stephen’s Green rather than occupy the well-fed heights of the Shelbourne Hotel (169)? For that matter, why did the British Army respond so inflexibly to its ambush at Mount Street Bridge, one of the deadliest assaults inflicted on it by Irish nationalism to that date (198)? The ongoing unknowability of these cases does much to preserve the Rising’s fascination, and Townshend does justice to this.

Beyond the battlefield, other parts of the tale are stranger still. Was the leaked British document that proposed to crack down on republicans and thus helped provoke the Rising a forgery, or somehow adapted from fact (133)? Did Eoin MacNeill, the man who influentially countermanded the Rising, really say that he was ready to take part in it, a day or two before it commenced (135-6)? The reader in 2017 may also wonder (though it does not detain Townshend) how regular communication remained so possible across a bullet-strewn urban battlefield, with messengers rapidly travelling between rebel HQ and its outposts despite the British ring of steel. To communicate so intensively without even a working telegraph seems unfathomable in the era of Whatsapp and Twitter, and makes the Rising an intriguing instance of media as well as military history.

Perhaps most mysterious is the ill-fated arrival of a German arms shipment, along with Casement in the U-Boat that had sunk the Lusitania – a tale with the tang of John Buchan more than Eric Hobsbawm. Casement, having travelled underwater all the way from Germany, was arrested almost as soon as he stepped on Irish soil; no local Volunteers managed to signal to the boat bearing arms; a motor car of activists sped off a pier and into the sea in the dark; and a local rebel commander launched a one-man armed campaign to free one of his comrades from a local police station which Townshend calls ‘almost farcical’ (130).

That note often recurs in the story of the Rising, even as Maud Gonne judged that it had restored ‘tragic dignity’ (345) to Ireland. Apart from his continual measured assessments and unostentatious but sizeable expertise, what Townshend most memorably brings to the story is an endless series of details and vignettes – all the way to the rebel, deep into Easter Week, who entered a pub round the corner from rebel HQ to seek directions as, incredibly, ‘there were men still drinking pints’ (210). The scene is straight out of Sean O’Casey but apparently real. They warned him, Townshend tells us, to beware of ‘them milithary in Capel Street’.