Mapping Museums is a multidisciplinary research project that has documented and analysed the development of the UK museum sector from 1960-2020.

From 17th March 2020 the Mapping Museums website, database, and report can be found at: www.mappingmuseums.org

This blog covers a wide range of subjects. We have written on the museums that we visited in the course of our research and on our research methods, including definitions of museums, classifying museums, predicting visitor numbers, and developing the database. We also use the blog for publicity. Subscribers to the blog will automatically be informed about any events we are running or updates on our research. 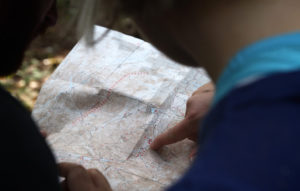 It was well known that during the late twentieth century there was a massive increase in the number of museums in the UK. Various claims were made about the rising numbers of museums – that they were symptomatic of cultural malaise and an epidemic of nostalgia, that they were an entrepreneurial response to de-industrialisation, or that they were evidence of a growing historical consciousness among the populace at large – but very little quantitative data was available to support these assertions. Although it was generally accepted that the majority of the new museums were independent, it was often unclear exactly when the museums opened, where they were located, what subjects they covered, or whether or not they survived. Moreover, we did not know if the sector has changed since this period of expansion.

To answer our questions about the emergence and development of the UK independent museums sector, we produced a comprehensive database on UK museums, analysed the data, and then sought to account for our findings via conducted interview based and historical research. The research has four main outputs:

The project is funded by the Arts and Humanities Research Council, and is led by Fiona Candlin, Professor of Museology (Principal investigator), and by Alex Poulovassilis, Professor of Computer Science (Co-investigator).