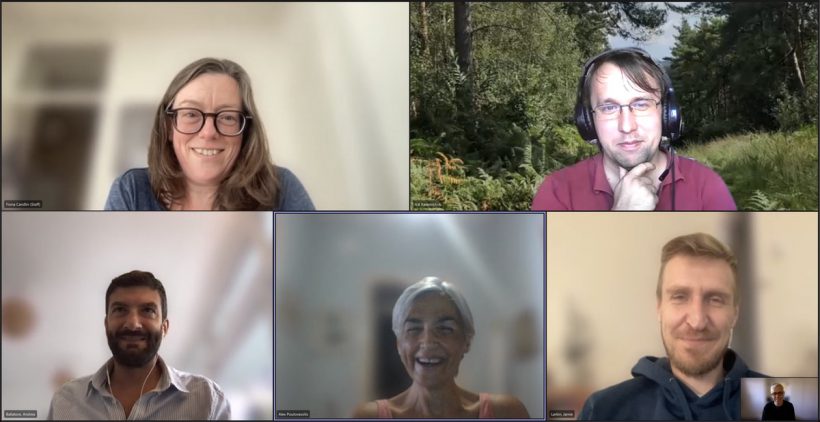 Today marks the official end of the Mapping Museums research project. There were certainly times when I thought that we’d never finish. The process of collecting information on museums open in the UK since 1960 sometimes felt interminable, and I began to regret museums opening almost as much as them closing because it means we had to enter them into the database. Writing the report on data, a statistical analysis of changes within the UK museum sector, seemed to take years, as did my attempts to work out local authority hierarchies across the UK. I could have happily skipped those learning curves. And I think my colleagues felt similarly as they collected and checked museum details, created visualisations of data, discovered and fixed bugs in the system, and coded hundreds of thousands of words of interview transcripts.

It has been a huge and at times trying enterprise. Yet the moments of complaint were utterly outweighed by the pleasures of the research. I’ve learned a lot and seen how quantitative and qualitative research can be mutually informative and how interdisciplinarity can push research in new directions. In developing data and data visualisations, I’ve been forced to think more precisely than before about how museums are defined and classified, and the ethics of doing so. My sense of the UK museum sector has changed. I stopped thinking of it as a relatively bounded and stable territory and started seeing it as a mass of overlapping entities that chopped and churned. I’d never really thought about museums closing before, whereas now they seem to be much more fragile entities. And the interview-based work made me rethink the whole notion of a museum founder: not only the notion of the individual founder beloved of conventional institutional narratives, but the DIY curator that features in popular journalism and grass roots histories.

I am also enormously proud of what we have collectively achieved. If you haven’t already, do please have a look at the website, which provides access to a searchable database of over 4000 museums, the project report, articles, and many other resources including transcripts of interviews at around fifty small museums. The final monograph, provisionally titled ‘The People’s Museums’ is finished pending peer reviews and, fingers crossed, will be published sometime next year.

That work has depended heavily on the interest, input, and forbearance of too many people to name, although I would like to thank three groups and one individual who have been particularly important: the Museum Development Officers who questioned, checked, and contributed to our data; the hundreds of museum volunteers and staff members who explained how and why they set up their own museums; the Advisory Board who helped us negotiate the museum sector; and Phil Gregg made sure the systems were maintained and that we didn’t lose our data. We are very grateful to all of them. And at the risk of lapsing into an Oscars-style speech, I’d also like to take the opportunity to thank my colleagues in the research team: Andrea Ballatore, Toby Butler, Val Katerinchuk, Jamie Larkin, Nick Larsson, Mark Liebenrood, Jake Watts, and especially the Co-Investigator Alexandra Poulovassilis. It really has been a pleasure to work with such an expert and committed group of people. For me, the project has been more than the sum of its parts: something that only happens when there is genuine collaboration.

Mapping Museums is dead but Mapping Museums lives on. We are working to keep the database up to date for as long as possible. It has been widely used and we want to keep it operational. Doing so depends in part on the ongoing contribution of others, so please carry on sending us updates and edits (contact us here). Several of us are also continuing to work together on the new ‘Museums in the Pandemic’ research project. That will conclude in the summer of 2022 with a report that leads on from the Mapping Museums research. We hope to launch the publication with a seminar and party to make up for the one that we missed in March 2020. You are all invited.