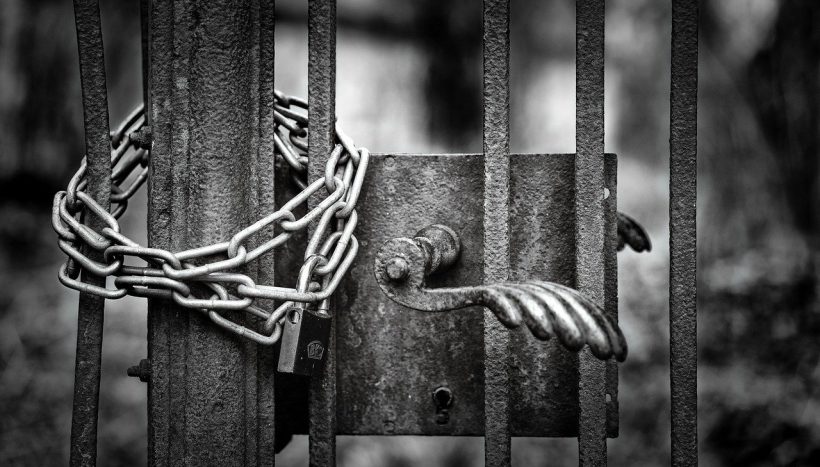 When museums first closed to visitors in March 2020 as a result of the national lockdown, their prospects seemed poor. Andrew Lovett, Chair of the Association of Independent Museums thought that the impact of the pandemic made it inevitable some museums would ‘just run out of cash and go to the wall’, with collections potentially being lost. Likewise, the director of Arts Council England was concerned that major arts organisations would be put in real jeopardy by the crisis and that some might not survive, and other commentators similarly forecasted mass closures. In fact, only nine museums in the UK have permanently closed over the past year, significantly less than in previous years (there were 26 permanent closures in 2017 and 16 in 2018), and only one of those closures can be linked to the COVID crisis. In this blog we briefly review the reasons why they closed their doors.

In two cases the museum closed when the owner retired. In September 2020, Inger John, who had run the Pembrokeshire Candle Makers Centre in Wales, announced that she had used up her remaining wax, was stopping production, and that she would be closing the associated museum. The museum exhibits were offered for sale. A military museum at Fort Paull, a Napoleonic fortress in Yorkshire, announced that it was closing in early 2020. At the age of eighty, the owner and director had decided to sell the site and retire. He was keen to find a buyer who would preserve the attraction, and a group of enthusiasts formed a company with a view to bidding for the property, but they were unable to raise sufficient funds. The contents of the museum were sold at auction in early 2021.

Four museums closed due to the loss of their premises, although why this happened varies. The Commando Museum opened in 1993 at the Spean Bridge Hotel near Fort William. The property later changed hands and with redevelopment pending, the volunteers started looking for alternative accommodation. When that proved unsuccessful, they put the exhibits into storage until such time that a new venue could be found. Staff at the Maritime Museum in Walton-on-the-Naze in Essex found themselves in a similar situation. The museum was housed in a historic lifeboat house owned by Tendring council who in 2015 announced a rent hike, to be introduced in steps. The volunteers were keen to relocate since the building was cold, damp and situated at the end of a cul-de-sac, so footfall was low, but two attempts at relocation fell through, and the museum had to close. The collections are in storage.

The Metropolitan Police Service Museum Heritage Centre also found itself out of a home, in this case, when the building changed use. Run by the police, and part of that service, the building was moved to secure level operational status, making it off limits to the general public, and the Heritage Centre was duly closed. It is being relocated to a new space in Woolwich, which will open later this year, but it does not have a dedicated exhibition area. Although the Heritage Centre will continue to function as an archive and repository, and although it has objects on loan to other museums, it is no longer a museum in its own right. And the Bruntingthorpe Aircraft Museum in Leicestershire closed in the summer of 2020 when the site was sold. According to an enthusiasts’ forum the land was owned by the Walton family and while David Walton had supported the museum over many years, other family members had opted to sell the land for redevelopment as a massive carpark. The owners of the aircraft were given until the October of that year to vacate the site.

Elsewhere, finances were an issue. The Victoria Cross Trust opened the Ashworth Barracks Museum in Doncaster in 2014 to house their collection of military artefacts. In 2020 they announced its closure, commenting that running a museum had never been among its core objectives, rather they had been established to maintain war graves. No reasons for the closure were given but the lease on the premises was due to expire in June 2020 and the trust had been struggling to generate enough income to cover the museum’s overheads. Parts of their collection were loaned to Sheffield with other exhibits going into storage.

All the museums we have mentioned so far were small, unaccredited, and with the exception of the Metropolitan Police Heritage Centre, run by private owners or voluntary groups. The Falconer Museum in Forres on the North East coast of Scotland was an accredited local authority museum, and indeed the only museum in the Moray area that was funded by the local council, two others having been closed in the previous six years. Faced with budget cuts of around £10m, in 2019, the council decided to close the museum service with estimated savings of around £87,000 per year. The museum was established in 1871 and exhibited artefacts belonging to the Victorian geologist and botanist Hugh Falconer and his brother Alexander, as well as social history, archaeology and world heritage collections of national and international significance. Attempts to find a third party to run the museum were unsuccessful, not least because the building is in need of repair, and the museum remains mothballed.

The closure of these museums was a subject of regret for the volunteers who had run them, and the groups and local residents who campaigned for their survival. The exception is the Jack the Ripper Museum in London, where news of its imminent closure was met with some delight. The museum was controversial because its founder originally applied for and was granted planning permission for a Museum that focused on women’s history, whereas it actually concentrated on the murder of five East End women. In September the feminist historian Dr Louse Raw discovered that the company had declared insolvency. In their blog ‘F Yeah History’, Natasha Tidd and Helen Antrobus pointed out that the museum suffered from a lack of local trust, that it had responded to controversy by closing down communication, which would have an impact on its public profile, and that with poorly executed exhibits there was little enticement for visitors to return, factors that may have had an impact on its closure. Given that it was a commercial venue reliant on ticket sales, and (so far as we know) did not receive any emergency funding, it is also likely that its insolvency was linked to the pandemic and the consequent lack of income. The building failed to sell at auction in May 2021.

It is likely that the impact of COVID may have been the final nail in the coffin of the Jack the Ripper Museum. Otherwise, what is striking about these closures is that they have little relation to the pandemic and instead are due to other more usual factors such as retirement, the loss of a site, the difficulty of finding new accommodation or changed accommodation, lack of income, and government cuts to local authority budgets, often in combination. As we will discuss in our next blog the availability of emergency funding has made it possible for most museums to survive the past year, although often with considerable human cost since there have been significant cuts to the workforce. The question is whether and how the situation will change over the next year or more. The research team will be monitoring the UK museum sector until 2022 and so do subscribe to our blogs if you would like to receive regular updates.

We would like to thank the Museums Development Network; Museums Galleries Scotland; and Museums and Archives Division, Wales for their help in compiling this information. All our data can be consulted on the Mapping Museums website. Please get in touch if you know of any other museums in the UK that have permanently closed over the past year.

2 thoughts on “Museum closure during the pandemic”