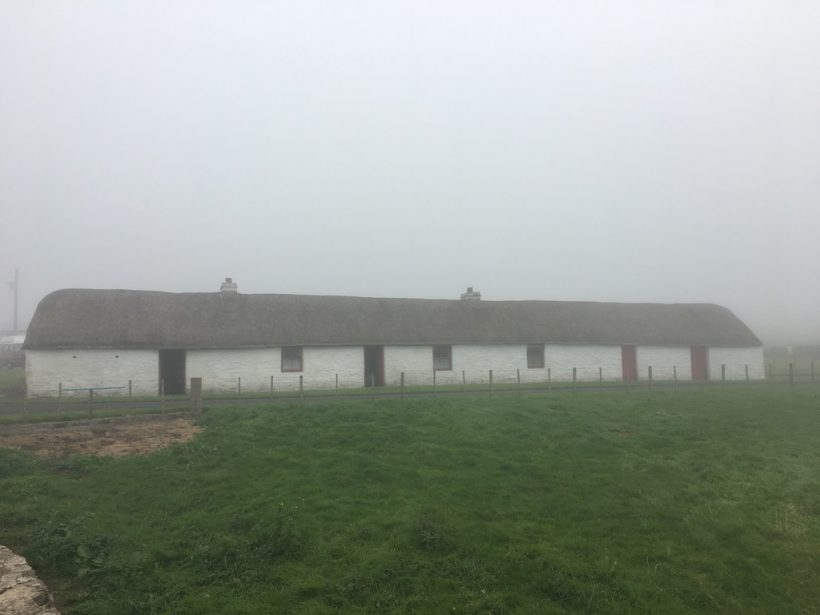 I admit it. I did think that it was a bit of a luxury to go and visit all the museums that are being featured in our Mapping Museums book. After all, Toby, one of the researchers on the project had already spent most of a year visiting, taking photographs of the exhibits and conducting detailed interviews with the founders, and I’d read or looked at all the material he’d gathered. In principle, I rely on his research as the basis for the book and in doing so save myself time and the project money. I’m now very glad I made the effort. Not just because it was fun, interesting and a bit of an adventure, but because it changed the way that I understood the museums, and the founders, and what they were doing. I had temporarily forgotten that it matters if a museum is on the side of a hill or the valley floor, is in a pretty village or an empty high street.

In his interviews Toby asked people why they had wanted to open and run museums. Elizabeth Cameron, who was one of the founders of the Laidhay Croft Museum (above) had answered that she liked meeting people. Taken in abstract this comment seemed quite bland (Surely most of us like meeting new people?) and it was certainly repeated elsewhere. For me, her reply only took on weight and meaning when I went to the area, visited the croft, and met her.

Laidhay is a mile or so north of the village of Dunbeath, which has a population of 129, and is about thirty miles south of Thurso, the most northerly town on mainland Britain. It is remote by any standards. Before setting off I had attempted to book a place in the local campsite. When it turned out to be full, I had asked the owner if there was anywhere else close by. ‘This is Caithness’ she responded, ‘there is nothing close by’. I stayed in a farmer’s field, looking out over the North Sea. At night I could hear the seals singing. Elizabeth grew up in a nearby village and was 30 years old when she and her husband bought the thirty-acre croft at Laidhay. They built a house on the site and Elizabeth worked with a local trust to open the original eighteenth-century longhouse as a museum. She is now 82 and has spent her adult life on the side of the hill, bringing up her sons, looking after sheep and cattle, and managing the museum.

The croft was closed on the day that I visited but other motorists spotted my campervan in the carpark and stopped to see if they could come in. It quickly became clear that Elizabeth is a natural host and tour guide – welcoming, interested, engaging, kind, and very sociable. Within a minute or two she had discovered that one man was a carpenter and so showed him the barn which has arched beams made from ship’s timbers washed up on the beach. A woman visitor was tracing her family who came from the next village. Elizabeth said, ‘you may have cousins there still’, and told her stories about her relatives, the Macbeths. A third group were also welcomed in. Later she said ‘I love meeting people you see, all the strangers. If you’re left at home with two bairns, you’re quite happy to meet people. I liked the company. Making conversation’. Living high on the side of a hill, in a sparsely populated area, it is easy to see how weeks or months could have gone by with no or little social interaction. The museum stopped passing motorists and brought people with different life experiences to Elizabeth’s door.  It was a way of connecting herself to the wider world. There was absolutely nothing bland about it.

Elsewhere, the founders of local history museums made comments about being proud of the area they lived in and of wanting to inculcate pride in younger residents. The implications of those comments varied depending on where the museum was located. Before visiting Aldbourne Heritage Centre, I had never been to Wiltshire, and I was taken aback by how beautiful and how affluent the county was. Aldbourne itself is exquisite: a twelfth century church sits on a rise above a large village green surrounded by cottages with deep thatched roofs. Ducks paddle across a small pond. When I met the founders of the museum, it was clear that their pride was tied to their pleasure in the village itself, to a sense of its deep past and continuing inhabitation, and to its lively community spirit. Two days later, I visited the Criterion Heritage Centre in Blue town on the Isle of Sheppey. On one side of the high street is a huge Victorian brick wall that circles the docks and cuts off any view of the sea. On the other side of the road are some run-down pubs, a fish and chip shop, and a few houses. Behind them are empty lots where buildings have been demolished and not replaced, empty car parks, and a few light industrial buildings. There are very few people in sight. Having read Toby’s interview with Jenny Hurkett, who opened the heritage centre in 2009, I knew that she had insisted on her pride in the area, and on the importance of understanding its role in maritime, wartime, and industrial history. It was only when I walked along the empty high street that I grasped the extent of her resolve and dedication.

3 thoughts on “Being there”