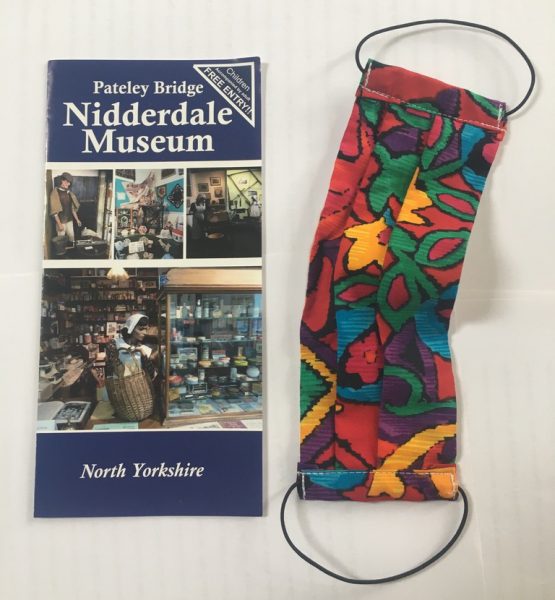 Everyone’s plans have been disrupted by the pandemic and mine are no exception. I’d just started writing a book on why thousands of people set up their own museums and part of the research involved meeting the founders. I was going to visit around forty museums, the furthest north being the Laidhay Croft Museum in Caithness, and the most southerly Perranzabuloe Museum in Cornwall. I’d also planned on visiting museums at pretty much every point in between as well as having a trip to Northern Ireland.

In March, when all the museums closed and my plans were stymied, I stayed indoors and wrote as much as I could using my colleague Toby’s interview research (See my last blog). He’d spent a year interviewing museum founders as part of the Mapping Museums research project, there was plenty of material for me to work with, and we’d always planned that I’d use his research for the book. Nonetheless, it got to the point where I simply needed to see the museums for myself and to ask my own questions. I also wanted to visit some extra museums that would provide different perspectives on the subjects raised in the first round of interviews.

Over the summer, some museums re-opened but many small museums postponed opening until spring 2021, and so I wondered about delaying my research. I would only be able to visit some of the museums on my list, the founders are usually elderly and may be justifiably anxious about meeting me, and I felt uneasy about making dozens of train journeys and staying in multiple hotels. I would get on with my other research in the interim. Then, during the summer, I was talking over the situation with a close friend who is the director of an independent museum and she advised the opposite. Small museums were struggling, she said, and it was likely that some of them may never re-open. If I could get to see them now, then I should take that opportunity. It might be important to document them while they were still there.

I started telephoning the staff at the museums I wanted to visit and almost everybody said, ‘yes, come’. Some people were routinely checking the museum one day a week and suggested that I accompany them, or they were happy to open up the museum for a special visit so long as I socially distanced and wore a mask. Several of the founders suggested I visit them at home so that we could sit in the garden. The research was back on.

That left me with the problem of travel and hotels. In 2012 I had hired a campervan to explore small museums for my last book Micromuseology: An analysis of small independent museums. Since then, the price of hiring a campervan has risen steeply and as we are now at the end of the Mapping Museums project there wasn’t enough money left in the budget to cover the costs. However, for several years I have thought about buying a campervan and have day-dreamed of epic journeys across Europe. Those daydreams became considerably more vivid under lockdown and I decided to go ahead. I could use a van for the Mapping Museums research trip, travel safely in a relatively controlled environment, I would reduce the risk to myself and to the people I was visiting, and next year I’d set off for Spain, or Romania, or Italy. All I needed was the van. That proved to be a saga in its own right and in the next blog I’ll detail some of my campervan-related trials.

6 thoughts on “Visiting micromuseums in a pandemic”