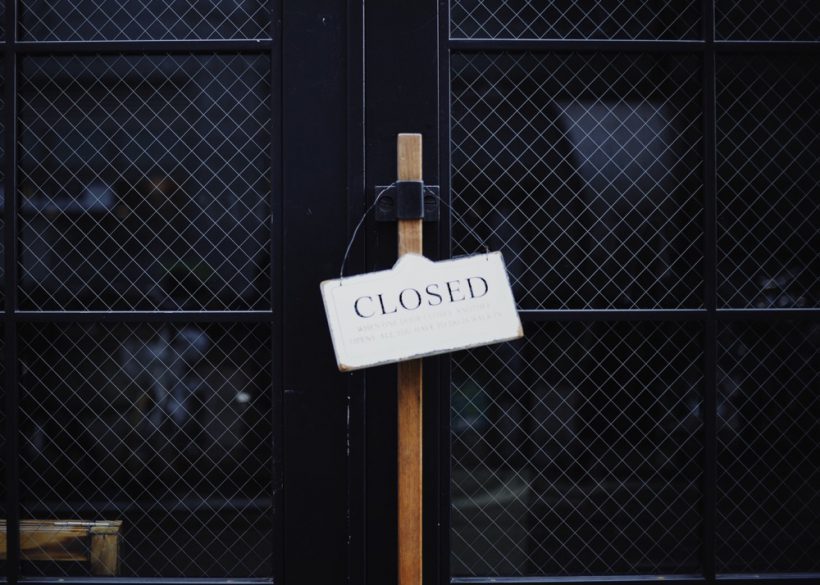 The rapid spread of coronavirus has forced museums in the UK to close. Although those closures are temporary, some museums face financial difficulties as a result, and have raised the prospect that they might close permanently. But not all museums close in the same way. My own research into museum closure in the UK over the last sixty years shows that there are different types of museum closure, and some have more impact: they are more final than others. In this blog I outline two types of closure.

Hard closures have the greatest impact. They could be defined as one in which the museum has closed for good, with no plan for reinstatement, and the collections have been disposed of. An example of this kind of closure is the Christchurch Tricycle Museum in Dorset, a small private museum which closed in 1995, apparently due to financial problems, and whose collection was sold at auction a year later.

The sale of collections at the end of a museum’s life is perhaps the hardest form of closure, but there is arguably less impact in the case of closures where collections are transferred to other museums. The Barnes Museum of Cinematography in St Ives, Cornwall closed in 1986, but parts of the collection are still available to the public in two other museums: Hove Museum, run by the local authority, and the Italian National Museum of Cinema in Turin. This partial transfer of collections to other museums can be seen as less severe than a sale of the whole collection, but dispersal to museums in two different countries makes access more difficult, and it is not clear what happened to the remainder of the objects in the Barnes collection.

Private museums such as Christchurch and the Barnes are not subject to the same ethical and legal constraints on disposal as accredited museums and those run by local authorities or trusts. When such museums close, they are obliged to dispose of their collections in a way that maintains public access. When the local authority museum in Burton on Trent, Staffordshire closed in 1981 the collections were dispersed, although attempts were made to keep the items as local to Burton as possible. Plans were made for most of the objects and archives to be sent to six different institutions, many of them in or close to Burton, and local schools. One of the receivers was the privately-owned Bass Museum in Burton, predominantly a museum of brewing, which charged for admission (often a factor in reducing access). Another was Shugborough Hall, a historic house leased by Staffordshire County Council from the National Trust, which was twenty miles away from Burton. Although the dispersals were relatively local, they would still have made it more difficult to view the collections, formerly gathered together in one place.

By contrast, soft closures have much less impact. They include the replacement of one museum by another, which can happen when museums amalgamate or expand. The Timothy Hackworth Museum, for instance, a railway museum in Shildon, County Durham, was absorbed into a new larger museum, Locomotion, that has the same site and subject matter. So although the original museum closed, all of its collections remain available and it could be said to have closed in name only. Something similar could be said of the Museum of Liverpool Life, which was so popular that it could not accommodate all those who wished to visit. It was closed in 2006 to allow building works to begin for its replacement, the much larger Museum of Liverpool, which opened five years later. In these cases the closures were planned, and intended to be temporary.

The closure of museum branches, although these are relatively rare, can be also be considered as having a softer impact. The Theatre Museum in London was a branch of the V&A in Covent Garden, a few miles from the main museum in South Kensington. When the Theatre Museum closed in 2007 the collections were reintegrated into the V&A. The Museum of Mankind, which was a branch of the British Museum until it closed in 1997, is a comparable example. The collections remain available at the British Museum, although by one account the return was not without problems, including an initial lack of display space and fundamental differences in curatorial approach, which emerged in the process of redisplaying the African ethnographic collections. Although these museums have closed, they were branches of larger museums that remain open in the same cities and retain the collections that were on show. Far less has been lost than when a museum closes and sells its collections or disperses them widely.

From these examples, it is possible to identify some dimensions of museum closure. One is time: closures may be final or they may be part of a longer-term plan for replacement with larger facilities, as in the cases of the Museum of Liverpool Life or the Timothy Hackworth museum. The dimension of time also applies to the dispersal of collections, which can happen in stages as they pass through different institutions. Most of the collection at the Hunday museum of farming in Northumberland was sold first of all to the museum at Stapehill Abbey in Dorset. What began as a dispersal to a single site then became more dispersed when, seven years later, the Abbey’s collection was sold at private auction.

The way in which the Hunday museum’s collections were gradually dispersed draws attention to another dimension of closure: the destinations of the closed museum’s collections. They may be dispersed quite locally, as with Burton Museum, or much more widely, as were the Barnes Museum collections. This is not only a question of geographical distribution, but also of the type of destination. At one extreme, the collections of a museum could end up in the hands of many different private owners, which may prevent future public access. One example is the sale of Walter Potter’s Museum of Curiosities, a collection of whimsical taxidermy formerly in Bramber, Sussex, which was sold in 1984 and moved to Jamaica Inn, Cornwall, before being sold at auction in 2003 and dispersed. But objects from a closed museum may also remain entirely within other museums – in the simplest cases just one museum, as when the Museum of Mankind was closed.

For the majority of the public, the main impact of harder closures is to reduce access to museums for those used to being able to visit them. As the Museums Association stated in their 2017 report ‘Museums Facing Closure’: “Closing a museum denies the public access to their heritage and significantly undermines the human right to culture”. Although the impact can vary from one museum closure to another, it usually reduces access to collections. When collections are sold and dispersed to private collectors, access may be denied to the public completely. But not all museums close in this way, and softer closures usually result in collections remaining available, albeit sometimes widely dispersed.

One thought on “Types of museum closure”