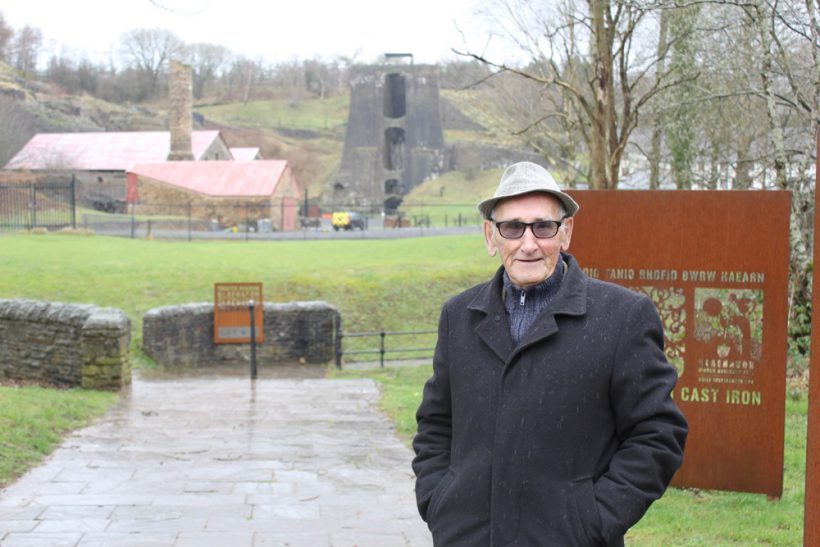 The museum founders that we tracked down and interviewed covered a huge range people from all walks of life. They included a miner (Blaenavon Community Museum), teachers (Nidderdale Museum, Little Chester Heritage Centre), managing directors (British Commercial Vehicle Museum), artists (National Waterways Museum), a Colonel (Adjutant General Corps Museum), a security guard (Micro Museum), a Scottish Lord (Museum of the Isles) and much to my surprise, and somehow I didn’t figure this out until after the interview, Nigel Farage’s father, a stockbroker (Kent and Sharpshooters Yeomanry Museum).

So how do you find a founder of a museum, sometimes years or even decades after they have left or retired? The starting point for me – and the thing that made the task much easier than expected – was the Mapping Museums project database (this will be freely available to the public online next year). After a bit of experimentation, it soon became easy to view the museum distribution on a map and run off lists of them in a certain area, topic or geo-demographic neighbourhood. These were the main attributes we used to ensure that we spoke to a good range of museums across the UK.

For example, when looking for military museums in Lincolnshire (an easy search on our database, selecting area and topic), there were more than a dozen that looked promising. I downloaded the data into an Excel spreadsheet so I could sort them by attributes – this meant I could try and get a spread of opening dates across the period (1960 to present) and check their size and governance.

This gave me my shortlist; now the time-consuming part began – trying to identify the founder(s), figure out if they were still alive and if they were, attempt to get their contact details.

Calling and emailing the museum was the next step – but surprisingly this was not always fruitful. Smaller museums are often open seasonally on a couple of days a week, so timing the approach was essential. Even then existing staff (or more commonly volunteers) might have started work long the founder had left the scene. At more recently established museums the founder was usually still involved, and colleagues were usually happy to make the introduction. I always offered to share the eventual interview transcript with the interviewee and the museum, so they could have something for their help which might contribute to their institutional archive.

Inevitably many prospective emails and answerphone messages went unanswered. Then the internet was invaluable– searching current (or old, using web.archive.org) museum websites; online annual reports, the Charity Commission register, newsletters, local press coverage and even obituaries to help piece things together. Usually I could find a name, personal email address or direct phone number of someone involved, gleaned from an old press release or an old appeal for volunteers.

The sixty-year period we were dealing with on the Mapping Museum project also meant that many founders had died. This made it much more difficult to find interviewees that set up museums in the 1960s and 70s; mining industrial museums could also be tricky, perhaps due to the diseases relating to the industry concerned. In these situations co-founders, colleagues or curators that had been involved in the early years could sometimes be found instead.

One thing that surprised me was that few museums had a personal written account, or interview recording with the founder(s). Occasionally an article, booklet or press interview would cover something of the founding story, and some museums have excellent organisational histories on their websites. But detailed founding accounts of small museums are rare and recorded interviews with museum founders even rarer.

Once a founder has died, we are left with minutes of early meetings, press cuttings and whatever can be gleaned from the memories of those that experienced the earliest years, if they can be found. I hope this project will encourage staff and founders of independent museums to spend an afternoon recording (or writing) an account of how the museum came about, covering some of the key decisions and turning points in its development. Records like this can really help new staff and volunteers appreciate what they have inherited and help explain the context of the museum to the public.