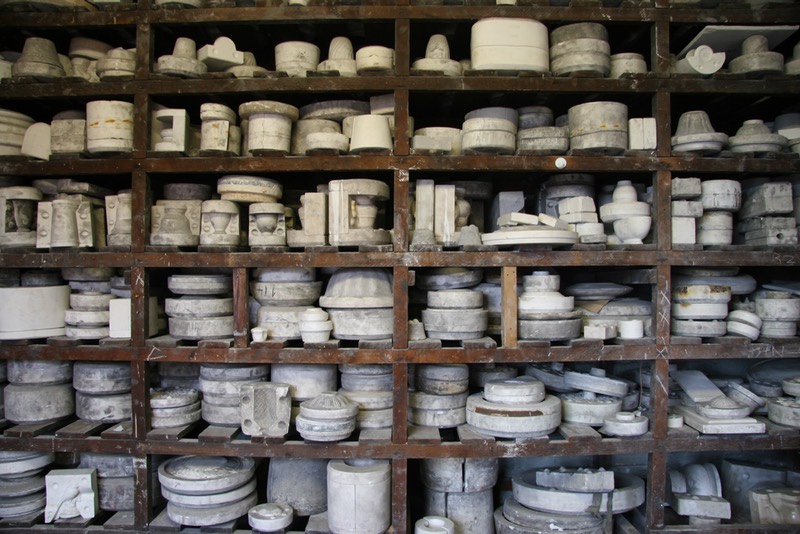 One of the aims of the Mapping Museums research is to examine trends in subject matter. We wanted to know if the rates of opening and closure varied according the subject of the museum, whether each country or region favoured museums devoted to different subjects, and if there were differences as to when particular subjects emerged as being popular choices for new museums. Above all, we wanted to understand whether subject matter could be understood as a social barometer: were trends in subject matter indicative of wider or popular concerns? To accomplish this work, we needed to classify all the museums in our database according to their over-arching subject matter, so we looked to see what systems were available.

The Problem with DOMUS

The most recent taxonomy for museum subject matter was developed for the DOMUS survey, which was conducted between 1994 and 1999. The classification system remains in use, most notably by the Museum Association’s Find-A-Museum service (although it is now used to classify collections rather than museums in their entirety and the categories of ‘Mixed’ and ‘Arms and armour’ have been dropped).

While DOMUS provided a longer list of categories than previous museum surveys, it was not sufficiently detailed for our research purposes. For instance, we suspected that the majority of railway museums opened in the late 1960s and early 1970s, shortly after steam locomotives were phased out and following the second Beeching Report of 1965, which resulted in over half of all stations and some 33% of track being closed. These closed lines provided space for enthusiasts to run their engines, and the redundant stations functioned as exhibition space. This history is not shared with buses, or cars, or helicopters, which would also be classed as Transport. If we wanted to tease out the various histories of Transport then we needed to be able to distinguish between them.

Similarly, we wanted to examine the patterns of emergence of manufacturing museums. Did museums devoted to pottery open at the same time as those of mining? Was there a correlation between the demise of certain industries and the foundation of museums on those subjects? Did all industries have their museums? Clearly, then, we could not have a single capacious category of Science and industry, as was the case in the DOMUS system; we needed a taxonomy that allowed for a greater degree of discrimination.

One way of managing the lack of detail within the DOMUS system was to introduce sub-categories. However, we had several other reservations about its usability. One issue was that some of the categories blur subject matter with methodology. Social history and oral history are ways of pursuing history, while an archive refers to a specific type of collection, and they are not subjects in themselves. It is entirely possible to have a social history of aristocratic women’s lives in the eighteenth century or a social history of Welsh mining in the late twentieth century; an oral history of performance art or of hop picking in Essex; and an archive of political ephemera or matchbox labels. This elision had practical consequences for the efficacy of the classification system. In DOMUS, social history was used as a synonym for open-air or living history museums, or as a means of describing museums that used dioramas or other media to present a contextual display. As a result, museums were divided across subject matter categories depending on the form of their exhibition: museums of rural life were misleadingly split across Agriculture and Social history, and museums of industry were similarly split across Science and Industry and Social History.

There were also noticeable gaps in the DOMUS system, which stayed close to conventional academic disciplines, and to the categories common to nineteenth and early twentieth century museums. While there were three different categories for visual arts: Decorative / Applied art; Fine art; and Photography there was no category for local history or for museums devoted to particular buildings. (Although some historic buildings act as little more than containers to museums, and their subject matter is quite distinct from their accommodation, on other occasions, the building is the artefact and the point of the museum). Likewise, there was no category for museums devoted to different denominations and faiths, to the fire, police, prison, and rescue services, or for museums that address popular or everyday subjects such as fairgrounds or radios.

And finally, the categorisation system reinforced normative conventions. For example, Military focuses attention on the armed forces, state sponsored conflict, and recent conflict, and it marginalises historic and unsanctioned modes of struggle and the everyday experience of war.

Given all these problems, we decided to develop a new classificatory system for the Mapping Museums project.

Devising a list of categories is a practical and logistical task. It needs to cover a wide variety of museums but not be so long a list as to be unworkable, and terms cannot include each other or overlap to any great extent. We began devising our system by deleting, rejigging, and adding to the existing DOMUS categories to create headline categories. This process went through numerous iterations, and at each stage we tested our taxonomy against our list of museums. After six months of editing, only the categories of Archaeology and Transport remained.

In creating our new taxonomy, we dropped Social history, Oral history and Archives as categories for the reasons discussed above. There were no museums solely devoted to coins so we cut Numismatics, and after much discussion, we removed Ethnography since this focuses on objects’ country of origin, rather than on their subject matter as such. For example, clothing from the Solomon Islands would be categorised under ‘Ethnography’ rather than with clothing or fabric arts from elsewhere in the world.

We replaced Personalia, which emphases collections of objects, with Personality, which is centred on the individual in question. Science and industry have been decoupled and we have linked Industry and manufacture, which encompasses both the processes and the products of manufacture. Costume and textiles, Decorative/applied arts, Fine art, Music, and Photography were collected together as ‘Arts’.

We renamed and implicitly re-shaped some categories to make them more inclusive. ‘Agriculture’ has been replaced with ‘Rural industry’. Late twentieth century surveys have used the two categories relatively interchangeably and we have chosen the wider, more encompassing term. We added health to Medicine, so as to encompass other varieties of healing and wellbeing more generally; Geology and Biology/Natural History were subsumed under the wider title of Natural World; and Maritime became ‘Sea and Seafaring’, so that it would cover subjects such as fishing as well as sea-borne trade and naval matters. We followed the Museums Association in taking Arms and armour to be part of Military, although we have renamed it War and conflict, a term is intended to include wider aspects of conflict.

We also introduced the new categories of Buildings; Belief and identity; Communications; Food and drink; Leisure and sport; Local history; Services; and Utilities. Other was added for museums that do not easily fit anywhere. This work produced the following list:

We continued the process with respect to sub-categories. For example, Transport is divided as follows:

Where possible, we introduced sub-categories when a single group was large and unwieldy. Large categories such as Transport have several sub-categories, while the relatively small category Food and drink has none. Again, the sub-categories went through numerous iterations, not least when we took our data to be checked by external experts (see the previous blog: Picking the Brains of the Museum Development Network).

Having worked out a usable system, we had to classify all 4,000 museums according to subject matter. This was no small endeavour, but we are now able to analyse historic trends and geographical patterns in subject matter in close detail. That research has produced some surprising results, which will be discussed in future blogs.