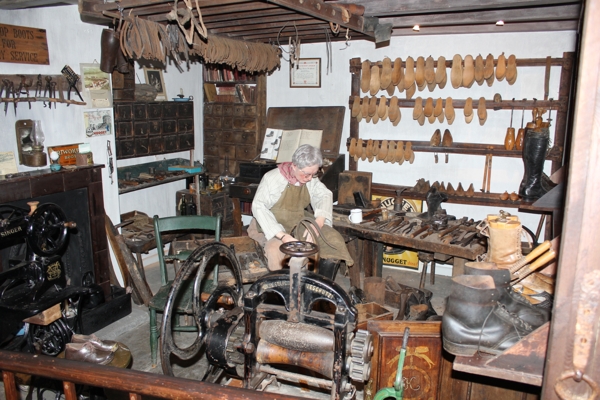 The Nidderdale Museum is located in the market town of Pateley Bridge in an area of Outstanding Natural Beauty in Nidderdale, one of the larger Yorkshire Dales. It was established in 1975 by members of a WEA adult education local history class who had published a landmark local history book, A History of Nidderdale in 1967. The museum has an extensive collection concerned with life in the Nidderdale valley and includes a variety of interiors featuring objects donated or rescued from local buildings including a kitchen, pub ‘snug’, school, Victorian parlour, dairy, shoe makers, magistrates court and even a walk-through reconstruction of a mineral mine shaft. It won the National Heritage Museum of the Year Award in 1990 for the ‘museum which does the most with the least’.

The museum is run by the Nidderdale Museum Society and housed in an old workhouse, built in 1863. This became the Rural District Council offices until local government reorganisation in 1974, when the district council was amalgamated into Harrogate Borough Council and the building became available (the latter owns and maintains the building). The museum has 11 themed exhibition rooms situated on one upper floor, a large research/library room and store rooms, workshops and meeting rooms on the ground floor. Apart from entire rescued interiors like the town court room, striking objects include a wooden haberdashery box marked ‘BLIND’ belonging to a local blind hawker in the 1920s; an astonishing early electric hair curler from a hairdressers featuring more than a dozen wired curlers dangling from the ceiling and a large collection of Methodist related ceramics and other items from local chapels. Highlights of the collection and an account of the history of the museum feature in a book, Traces of Nidderdale in 40 Years and 40 Objects: Stories of the Museum by Joanna Moody (2014).

Text and pictures by Toby Butler