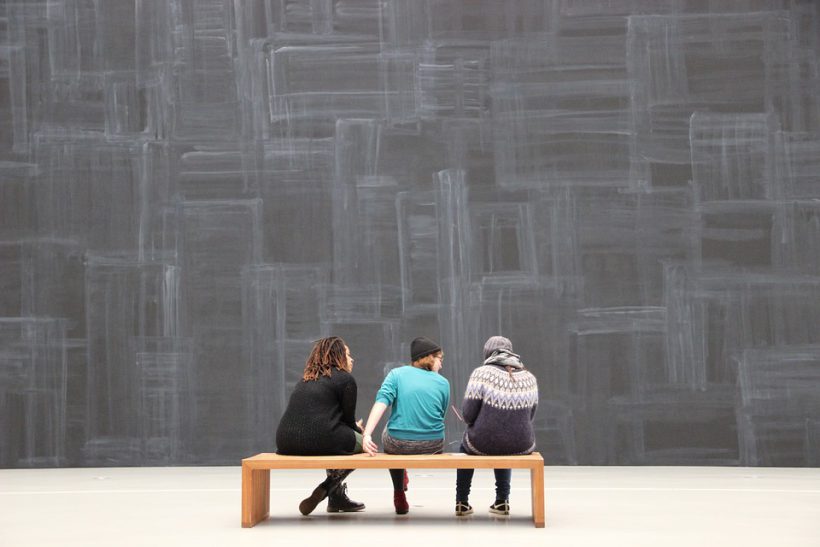 Visitor numbers provide some sense of the scale of a museum’s operations. If a museum has a large collection of priceless artefacts, occupies an impressive building, has professional curators and conservators, a nice café, and offers activities to its audiences, then it is unlikely to attract a mere 2,000 visitors per year. Conversely, if a museum is housed in a defunct railway station, with one retired locomotive on exhibition, and is staffed entirely by volunteers, then it would be surprising to discover that it gained millions of visitors. There is a link between a museum’s provision, and its visitor numbers. Thus by listing visitor numbers for the museums in our dataset, the Mapping Museums team intended to provide researchers with some guide as to the organisations’ size and character. However, this process was not as straightforward as it initially seemed.

One problem is that visitor numbers are not always available. Figures for larger institutions are reported in the national monitor Visit Britain. Information on attendance at accredited museums is published by Arts Council England, and the Museums Association usually includes visitor numbers on the Find-A-Museum service listings. Obviously, museums that are not accredited or are not members of the Museums Association do not appear on those sites. Unaccredited, unaffiliated museums may sometimes note their visitor numbers on their own website or annual report, but more often, that information cannot easily be found. Moreover, visitor numbers may not exist as such. Collecting that information requires staff capacity and resources that are beyond the reach of some organisations, and while the lack of documentation or the complete absence of data may indicate low visitor numbers, that correlation cannot be guaranteed.

Problems with visitor numbers are not confined to a lack of information. Even when visitor numbers do exist, they cannot be relied upon. One issue is that there is no accepted methodology for how visitor numbers are collected, and institutions each decide how to accomplish this task. In some instances, museums log everyone who comes through the door. However, if the museum or gallery has conveniently placed toilets, as was the case at Middlesbrough Museum of Art, then people coming to use the facilities raise the footfall. Cafes can similarly boost the total visitor count. Other museums only record the number of visitors who enter into a gallery or look at artwork, although those criteria can be met by putting artwork or displays into the foyer of a museum. It is also unclear whether people who participate in outreach or other activities are included in total numbers. We found one very small museum that reported 42,000 visitors because they organise an annual rally and included all the attendees. Who is doing the counting and how they count has a significant impact on the recorded visitor numbers.

Methodology aside, visitor numbers are sometimes actively massaged. Adrian Babbidge commented in a recent article for Cultural Trends, there are strategic reasons for inflating them and the Mapping Museums team found instances where disparate numbers had been reported. For instance, one museum stated that it had less than 20,000 visitors a year on its AIM membership forms yet claimed 30,000 visitors per year on a fund raising website. If its actual numbers were closer to 30,000 then by tweaking figures, the institution saved a little on membership fees, and if the lower number was more accurate, the upwardly adjusted figure might have improved their chances of raising money. The Mapping Museums team has also encountered cases where visitor numbers were purposefully deflated. At least one small museum had under-reported ticket sales to avoid paying tax on that income. This had the consequence of them appearing to have lower visitor numbers than is in fact the case.

Another set of difficulties obtain when dealing with historic visitor numbers. As we’ve noted before, the Mapping Museums team is documenting UK museums from 1960 until the present day. Where available we have recorded visitor numbers that pertain to that period, and most notably, we have included figures from the massive DOMUS survey that was run between 1994 and 1998. This has the advantage of providing size indicators for museums that have now closed but we have discovered that some of the DOMUS records are anomalous. For example, The Royal Electrical and Mechanical Engineers museum is listed as having the following audiences in successive years.

According to these figures, the number of visits increased eightfold in a two year period, and then reverted to its original numbers. This seemed unlikely so we contacted the museum. The director, Major Rick Henderson, told us that the museum had never attracted such high visitor numbers. Even now, with a dedicated staff and a new building, attendances are in the region of 20,000. It is therefore likely that the inflated figures are due to errors made when the data was entered into the DOMUS system. The problem is that we cannot check all the anomalies, partly because of time but mainly because many of the museums have since closed and the institutional memory lost.

Thus, there are several challenges to using visitor numbers to give a sense of the scale of a museum: it is difficult to find figures for unaccredited museums or they may never have been collected; there is no established methodology for collecting visitor numbers; museums massage audience numbers for strategic purposes; and historic records may be incorrect.

The Mapping Museums team decided to deal with these various issues by using categories for size rather than visitor numbers. Providing precise numbers may give the false impression that the figures all adhere to the same measure and can be compared, whereas categories provider a looser guide to a museums operations. Unfortunately, using size categories also has its complications, which I will outline in the next blog.