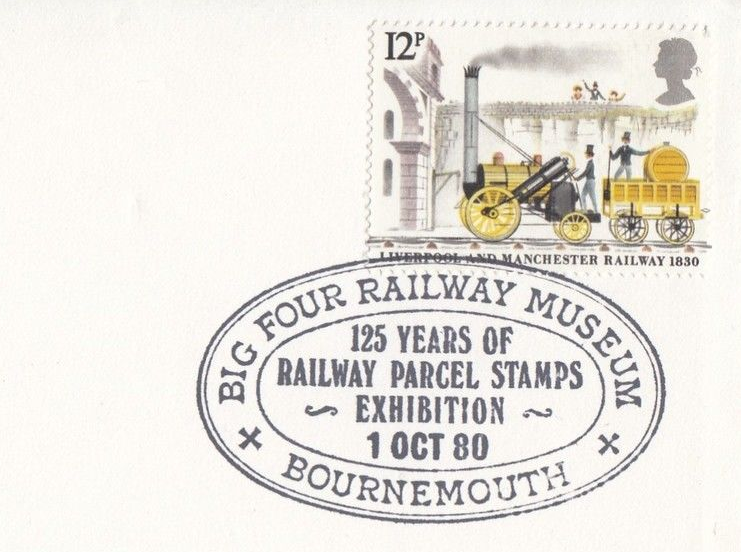 Some museums are well documented, while others can be rather elusive. A case in point is the Big Four Railway Museum in Bournemouth, about which we know very little. According to one source it housed a collection of railway locomotive name plates belonging to the enthusiast Frank Burridge and was open in the 1980s. As this postmark suggests, it may also have hosted temporary exhibitions.

Burridge wrote a book about locomotive name plates. As the book’s cover indicates, the Big Four were the four main railway companies in the United Kingdom between 1923 and 1947: Great Western Railway, London, Midland and Scottish Railway, London and North Eastern Railway, and Southern Railway.

A postcard apparently showing the museum’s interior is reproduced below. 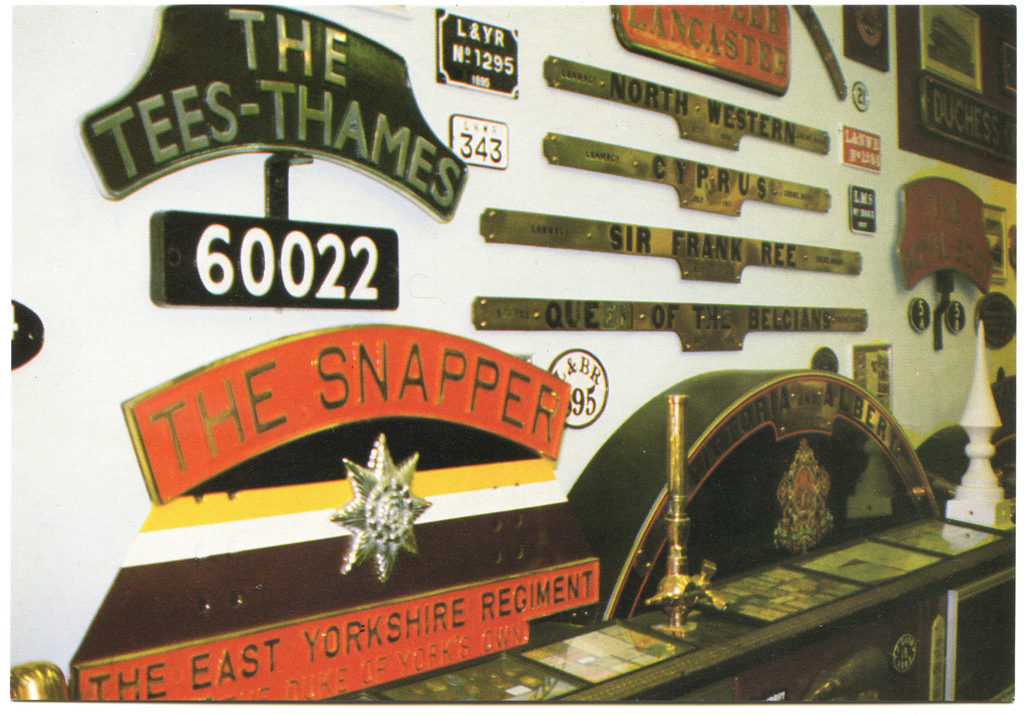