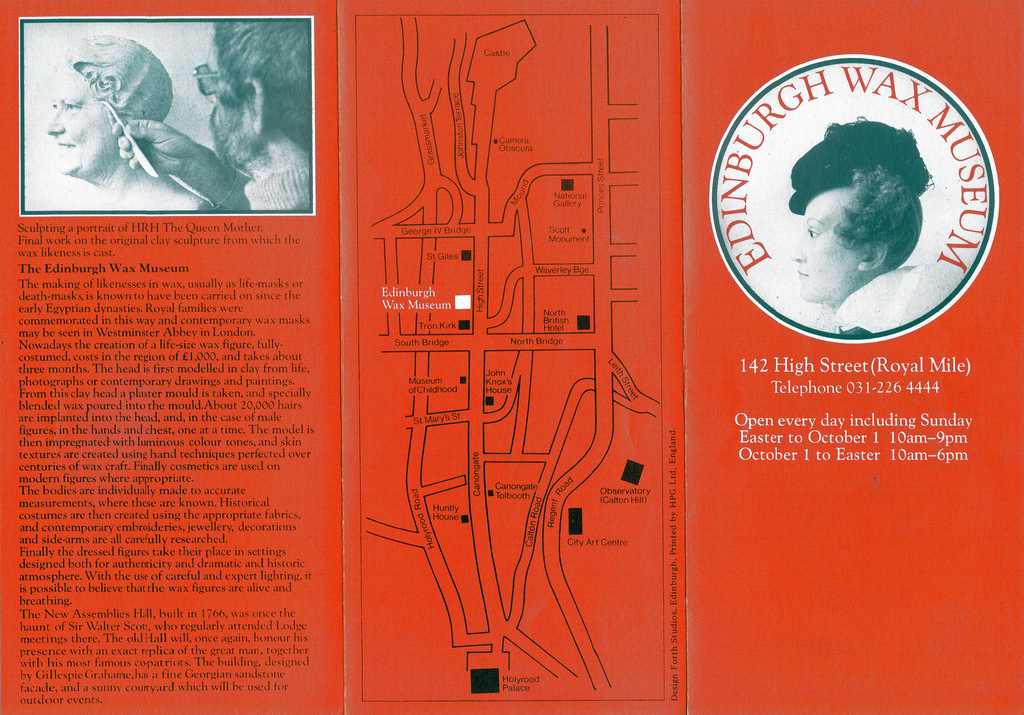 Edinburgh Wax Museum opened in 1976 and was soon attracting more than 230,000 visitors a year. Displays included Scottish historical figures, fictional characters, and, as you might expect, a chamber of horrors.  The museum was curated by Charles Cameron, a professional magician, who also performed as Count Dracula in night-time shows in the Castle Dracula Theatre on the top floor. 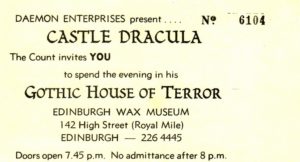 Despite its popularity the owners decided to sell the premises for office development and the museum closed in 1989, joining the ranks of lost wax museums. The premises were up for sale again in 2008, but it seems nothing came of plans to reopen the museum.