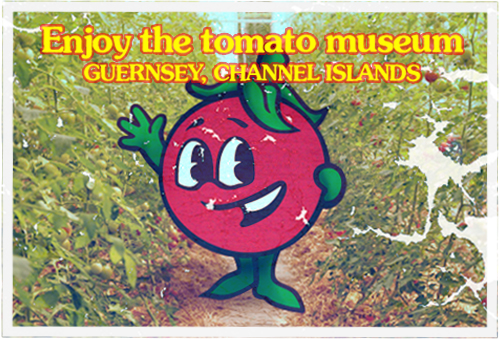 Little is known about the Tomato Museum, which is said to have closed in 1989. Hudson and Nicholls’ Directory, an invaluable resource for museum researchers, describes it in 1985:

History of tomato-growing on the island, in [a] group of glasshouses built at various dates between the 1890s and 1970s. Crops illustrating the history of the glasshouse industry in Guernsey. Tomato-growing equipment, including an early soil-steamer.

Guernsey tomatoes were an important part of the island’s economy, and in 2003 the Guernsey Museum staged an exhibition about the industry, which might give us a flavour of what the now-lost tomato museum was like.

Image via The Dabbler.