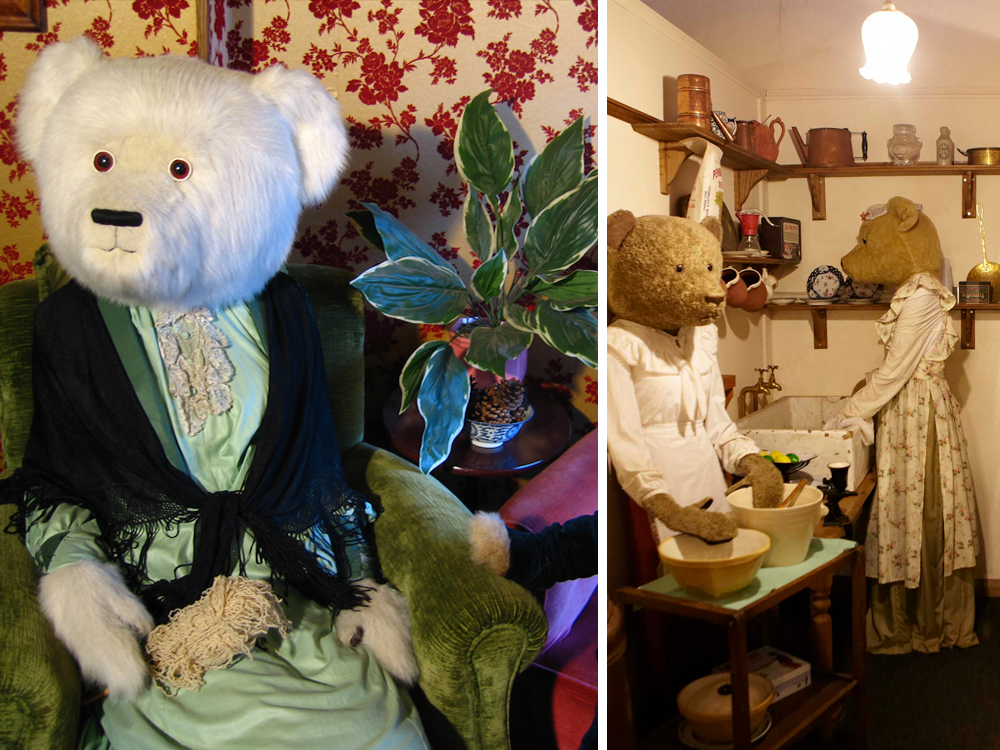 The Museum is furnished in period fashion and features life-sized bears who themselves appear to collect teddy bears. The collection includes replicas of some well-known bears such as Winnie the Pooh, Rupert Bear, and Paddington.

Image via The Teddy Bear Museum.

One thought on “The Teddy Bear Museum”