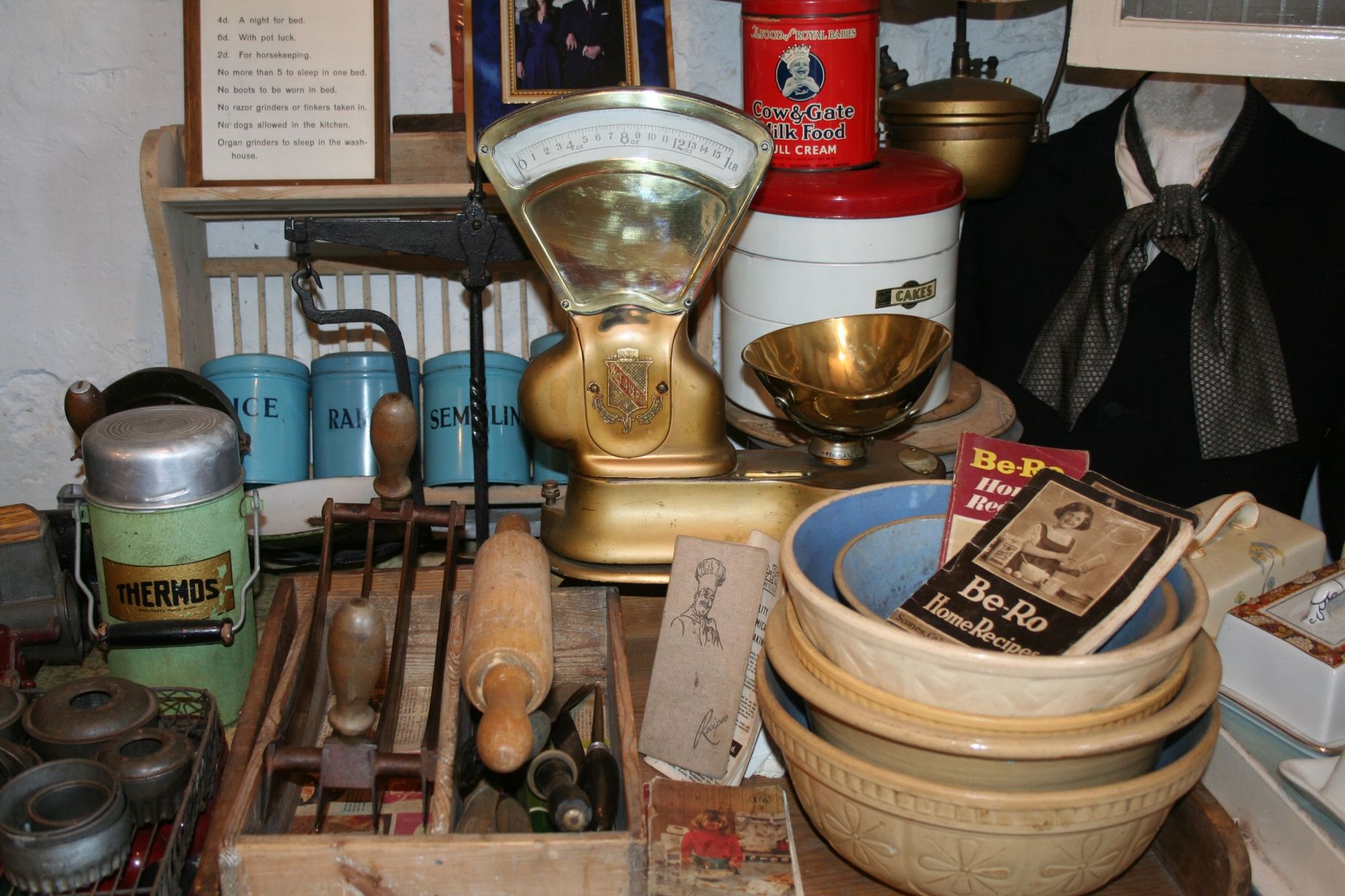 Armstrong’s Household and Farming Museum near Alnwick, Northumberland, was set up in the 1980s by Sylvia Armstrong. She began collecting when she realised that many people threw away things they no longer wanted, and the history of her area would be lost as a result.

The museum includes a traditional farmhouse kitchen with a black range, kitchen equipment and food packets. A stable contains areas on dairy, old hand tools and memories of the Second World War. An archive of farm literature includes catalogues, farm account books, and particulars of land and farm sales. Shoes, clothing, and jewellery are also part of the collection.

Sylvia was awarded an MBE in 1999 for her services to the museum. The Armstrongs also donate much of the museum’s proceeds to charity, and have raised thousands of pounds over the years.

Images via The Journal.