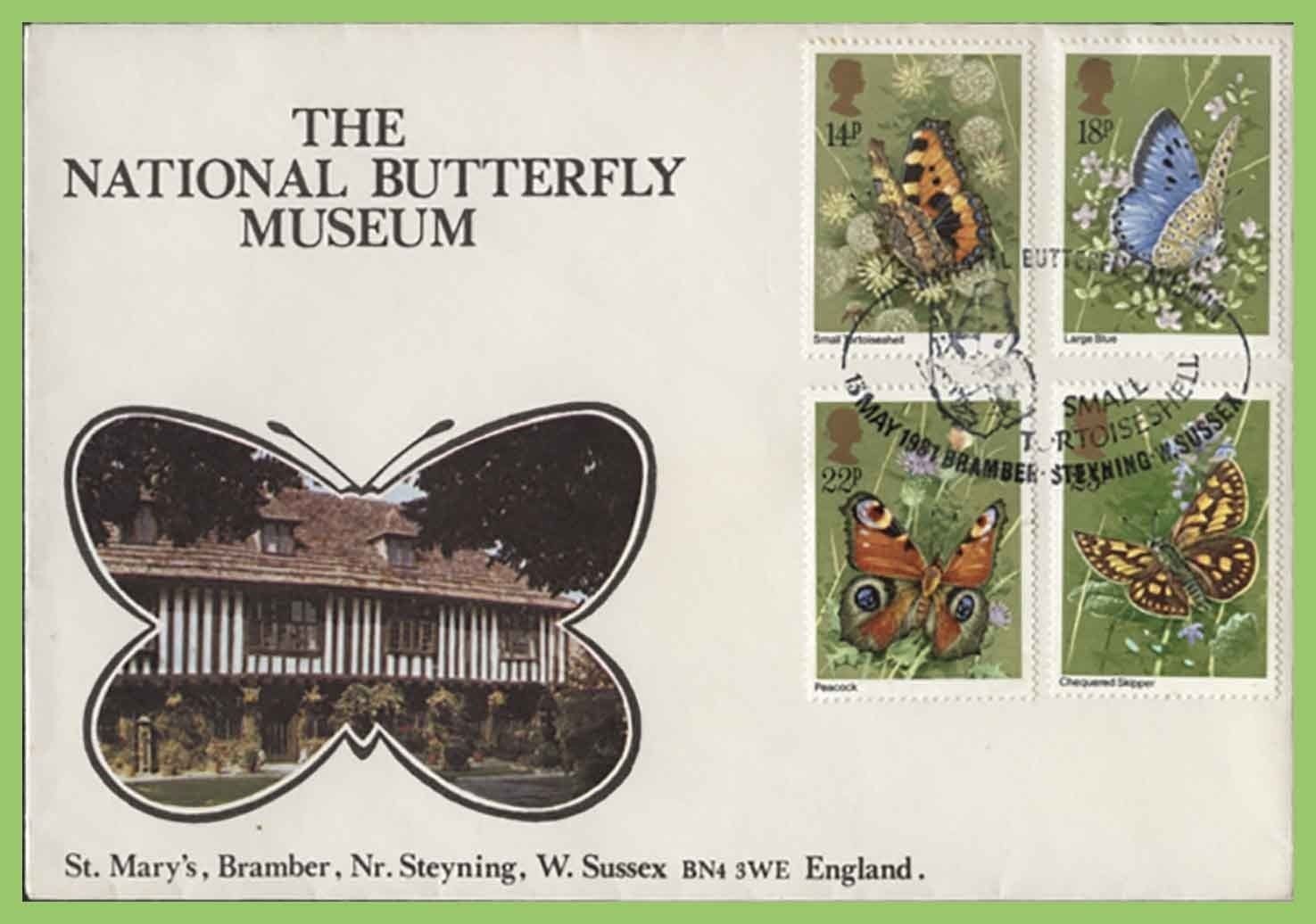 This postcard dates from 1981. St. Mary’s is a late 15th-century house with extensive gardens, which has been owned by various notable people including the Hon. Algernon Bourke, one-time owner of White’s gentleman’s club in St. James’s, London. Bourke and his wife are said to be the inspiration for characters in Oscar Wilde’s play, The Importance of Being Earnest. A more recent owner was Paul Smart, a lepidopterist with a large collection of butterflies.

Smart founded The Saruman Museum in 1970 in private premises in Tunbridge Wells in Kent. The museum moved from there to Beckley near Rye, Sussex, in 1975, and was established at St. Mary’s in March 1980 as the National Butterfly Museum. Smart was an international expert on butterflies, and published an encyclopedia which contained over two thousand species. The ‘National’ in the museum’s title was never an official designation and caused some disquiet amongst Smart’s colleagues. It has been suggested that although the museum was open to the public and had educational displays, it was primarily a butterfly trading agency.

Whether truly a museum or not, it seems not to have been a financial success. Between forty and fifty thousand specimens from the collection were offered for auction at Christie’s in July 1982, with only two lots sold to Glasgow Museums (PDF). The house and contents including the rest of the collections were successfully auctioned at Sotheby’s in October 1983. 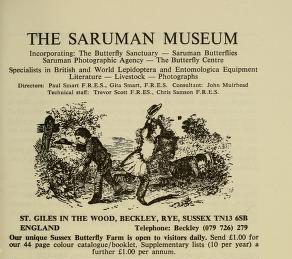 Advertisement for The Saruman Museum from The Entomologist’s Record and Journal of Variation, vol. 89, 1977.