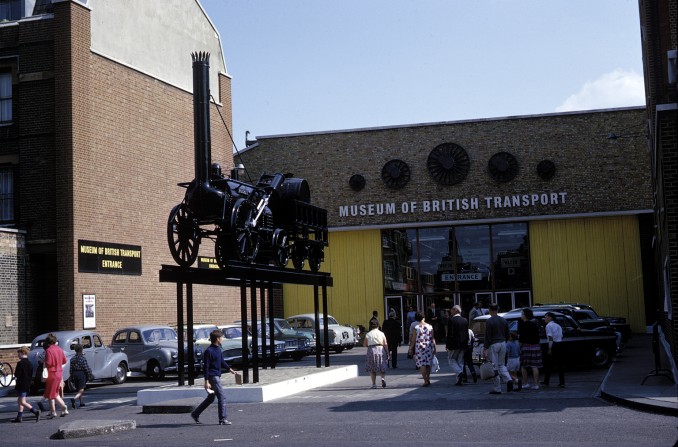 The Museum of British Transport opened in an old bus garage in Clapham, south London, in the 1960s. Standing in the forecourt was a replica of Rocket, the pioneering locomotive designed by Robert Stephenson. The museum housed objects and vehicles relating to London’s roads, railways and the Tube. The collection had been started in the 1920s by the London General Omnibus Company, which decided to preserve two Victorian horse buses and an early motorbus.

In 1969 the museum was losing £30,000 a year and threatened with closure. It moved to Syon Park in 1973 as the London Transport Collection. The collection was eventually divided between the National Railway Museum in York and London’s Transport Museum, which opened in 1980 in a Victorian flower market building in Covent Garden.

2 thoughts on “Museum of British Transport”