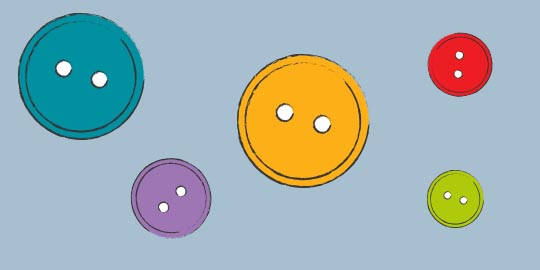 During the spring of 2009 a running joke appeared in the letters page of The Guardian newspaper. Prompted by a double-spread photograph showing rows of antiquated toasters on display at the Toaster Museum in Kettwig, Germany, one reader wrote proposing that a visit to the Toaster Museum might be followed by a trip to the Bread Museum in Ulm or the nearby Cutlery and Salt museums. More suggestions followed as correspondents recommended the Egg Museum in Soyans, the Chamberpot Museum in Munich, Szentendre’s Marzipan Museum (with its life-size marzipan sculpture of Michael Jackson), Condom’s Condom Museum, the Mousetrap Museum in Eifel, and a penis museum in Husavik, Iceland.

Numerous other curious collections were mentioned until, after some two or three weeks, the letters began to take on an overtly playful tone. While purporting to recommend museums, these missives were actually an exercise in making puns. Allan Blunden started the trend by commenting that ‘those not too set in their ways’ might enjoy a trip to the German Cement Museum, Josie Greenwood followed suit noting that the ‘Button Museum in Ross-on-Wye is fastenating’, and Malcolm Jones thought the Spam Museum in Austin Minnesota ‘a good place to fritter away a few hours’. Other Guardian readers found the Dickens House bleak, The Fan Museum cool, judged Limerick Museum pure poetry, and Dartmoor Prison Museum quite captivating. The recommendations even began to began to reference other running jokes on the letters page including one, which would be impossible today, about uses for empty 35mm film canisters.

At the time the correspondence appeared, I was just beginning to think about writing a book devoted to small museums that concentrated on particular types of objects or single themes, and particularly the domestic, culturally marginal, or ostensibly insignificant. Almost all of The Guardian readers focused on museums that fitted this category and thinking that they may be useful at some point in the future, I copied the letters down. Here are the first half now, the second set is to follow:

Having showcased the Toaster Museum in Kettwig it might be appropriate to follow with the Bread Museum in Ulm. It is forever engraved on the memory of several nephews and nieces, as was the Cutlery Museum (next to the Wallpaper Museum) in Kassel. Though my sister and I found them strangely entertaining! The Salt Museum was more hands-on. Some holidays just happen that way – sorry kids!

Gaynor Lewis could link her visits to the Bread and Salt Museums with one to the Egg Museum in Soyans, in the Drome valley, France.

Readers hastening to Germany for the delights of Kettwig’s Toaster Museum, Ulm’s Bread Museum and the Wallpaper and Cutlery Museums should continue southwards for the Chamberpot Museum in Schloss Nymphenburg, Munich. Unmissable.

No trip to Hungary is complete without a visit to Szentendre’s Marzipan Museum with its life-size model of Michael Jackson carved in marzipan.

Germany does not have a monopoly on unmissable museums. While on honeymoon in 2001, we went to the Musée du Cartonnage in Valreas, Provence. Cardboard has not been the same for us since.

Then on to the Condom Museum in Condom

Don’t miss Neroth, in the Eifel region of Germany, where the Mousetrap Museum traces the development of a local cottage industry – making mousetraps from bent wire, sold by travelling salesman throughout Europe.

Visitors to Koblenz it he 1960s will have unforgettable memories of visiting the ‘Binns’ Museum in the Ehrenbreitstein fortress, devoted to the processing of pumice and the manufacturing of breezeblock.

The Whip Museum in Killer, Germany, takes some beating.

Husavik in Iceland boasts a phallological museum exhibiting the penises of most of the islands mammals. It doesn’t yet have a human penis, although a local farmer is reported to have donated his – upon his death.

For those not too set in their ways I recommend a visit to the German Cement Museum. It’s situated on the windswept outskirts of Henmoor on the road to Cuxhaven.

Visitors to the south-east of France should take their hats off to Le Musée du Beret in Nouy, between Lourdes and Paris.

Why go abroad for unusual historical collections when you can visit the Prickwillow Drainage Engine Museum in fenland Cambridgeshire.

I am quite a fan of The Fan Museum in Greenwich. It is so cool

The Button Museum in Ross-on-Wye is fastenating

Have the courage to visit the Bottle Museum – run by the wonderfully named Codswallop Trust – at the Elescar Heritage Centre near Barnsbury.

Does the Baked Bean Museum of Excellence in Port Talbot set the pulses racing?

Surely after the Bottle Museum the next step would be to see the Flessenscheepjes (ships-in-bottles) Museum in Enkhuizen, Holland. And while you’re there, you might as well look in the Sigarbandjes (cigar band) Museum in Volendam

The Sewing Machine Museum in South London left me in stitches

Since this series is going to run and run, I suggest you find time for the clock museum at Upton Hall near Newark.

I went to the Idaho Potato Museum in Blackfoot Idaho. Who could resist the strapline ‘Free baked taters to Out-of-Staters’. They had the original Dan Quayle ‘potatoe’ and some potato ice-cream that I would not recommend.

The Dickens House is bleak

Why not whip along to the leather museum at Walsall?

I’m sorry Jan Pitt found the Dickens House Museum so bleak. She shouldn’t have gone with such great expectations.

The Colour Museum in Bradford should be on any list of buildings to see before you die.

None of the museums can cut it like the Mustard Museum in Mount Horeb, Wisconsin, USA

The Museum of London is just capital

Only a blip on the map, but the Radar Museum, Neatishead, Norfolk is well worth a visit.

The British Lawnmower Museum of Southport is a cut above the Mustard Museum of Wisconsin.

Steve adores the Museum in Docklands

The Keswick Mining Museum in Cumbria is quite oresome

Wigan Museum has no peer

The Discovery Museum in Newcastle is a great find.

Pull out all the stops and visit the St. Albans Organ Museum

It’s funny that no one’s mentioned the Museum of Humour and Satire in Gabrovo, Bulgaria.

The sad news that all the Victorian exhibits are having to be sold off would suggest that the Shambles Museum in Newent is in a bit of a mess.

Maybe your readers would like to ‘get on up’ to the Sex Machines Museum in Prague.

Amsterdam has its Sheepvaart Museum but I wasn’t brave enough to go in.

The River and Rowing Museum in Henley-on-Thames is more than just a load of old rowlocks.

There used to be a Museum of Atheism in Shkoder, northern Albania, but I don’t believe that it exists anymore

Have a look through Sunderland’s glass museum

There is a Hat Museum in Stockport that has a rival in Narbonne in France. There is a lot of titfer tat between them.

Hurry to the submarine museum in Gosport – there are fears it’s going under.

It’s good that the Hancock Museum is reopening after a £26million redesign and rebuild. Ought to be worth half an hour of anyone’s time.

I found a visit to the Museum of Lifts in Brussels and elevating experience.

A visit to the Tinplate Museum in La Tour Blanche, Dordogne gave me unalloyed pleasure

The Gustav Holst Museum in Cheltenham is on another planet.