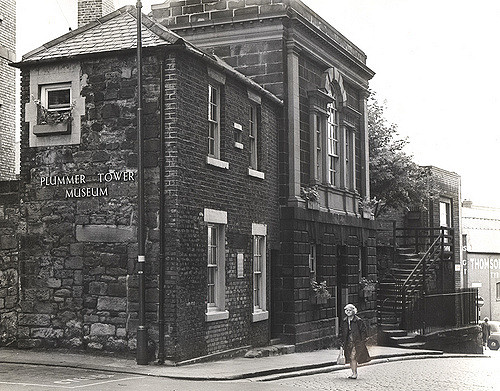 In 1948 the Tower was restored and used as a dwelling, and in 1957 it was acquired by the Corporation of Newcastle. After further restoration the Tower was used as a branch museum of the Laing Art Gallery. The upper floor was furnished as an eighteenth century room, while the ground floor housed temporary exhibits based on the city’s archives.

The 1964 photo above shows the tower in use as a museum, while a more recent image shows the museum sign was removed. The museum seems to have been open until at least 1985, when Kenneth Hudson and Ann Nichols’ Directory of Museums & Living Displays listed it as displaying 18th-century period rooms.

A leaflet kindly supplied by a reader of this blog provided more information about the Tower’s history and its use as a museum. 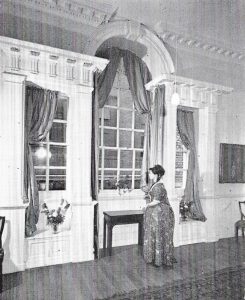 Black and white image via Co-Curate, colour image via Wikipedia. Leaflet provided by Angela Essenhigh. More information from See Newcastle. This post was updated in August 2020.