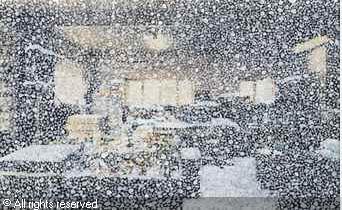 When I first began this research I had assumed that there was very little data on the museums that were founded in the late twentieth century. In fact, the contrary is true. A great deal of information has been collected about museums from the 1960s onwards. By our reckoning there were at least nine major cross-UK surveys, three that concentrated on Wales, two on Ireland, and one apiece on museums in Scotland and England. Dozens of smaller surveys concentrated on specific regions or aspects of the sector, Arts Council England keeps lists of museums across the UK, and the Museums Association runs a Find-A-Museum service. Why then, is it so hard to get information about the rising numbers of museums? In this blog I identify five reasons why this massive amount of data has not translated into information.

The first major survey that falls within our time period is the Standing Commission Report on Provincial Museums of 1963. Very conveniently, it is available in print form from major public libraries, and contains both the final report of the committee and a complete list of museums sorted according to region. From there onwards, however, the raw data largely disappears from government publications on the subject. The 1973 Standing Commission report, for instance, enumerates the different types of museums and provides an overview of emerging trends, but it does not provide a list of museums or the information that relates to individual venues, which we need if we are to track the emergence and development of the sector. As far as we know, the original data that was collected for that survey and for subsequent surveys conducted by the Standing Commission has been lost.

Research on museums conducted by other organisations is similarly missing. In 1983, the Association of Independent Museums (AIM) undertook a large-scale survey of that sector, but they do not seem to have published a report, and initially we were only aware of the survey’s existence from a handful of references in other contemporaneous sources. After some time, however, we found photocopies of the typewritten lists and the original survey questionnaires lodged in a university archive. We have been less successful in finding the information associated with the ‘UK Data base project’ of 1987. The Museums Association, which ran the survey, has a small in-house archive and its historic materials are kept at University College London. Unfortunately, neither archive contains any of the relevant materials. No-body in either organisation has any recollection of the survey taking place or any idea of where the material went, although it is likely that the UK Data base materials were thrown out when the Museums Association moved offices earlier this century. 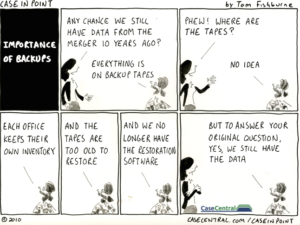 A second problem for researchers interested in the museums of the late twentieth century is whether the data is usable or not. One of the most important surveys of UK museums was the

Digest of Museum Statistics, otherwise known as DOMUS. From 1994 to 1998, it collected information on all accredited museums, some 1700, and generated a huge amount of material. When the project was closed, most of the paperwork was deposited in the National Archives and so researchers can easily find and download documents pertaining to the surveys. The problem is, the material is difficult to decipher. As well as some documentary material, the archive consists of three folders, each containing around fifty files that contain the raw data from DOMUS. All of the folders and files have coded names. The files comprise of spreadsheets with numerous columns that have similarly opaque headings. Some sheets are virtually empty, while others contain over two thousand entries. There is no explanation as to how these tables relate to each other, what the files or columns refer to, or how the user is supposed to decipher them. Using this data requires someone to unlock the coding system and re-constitute the original database. 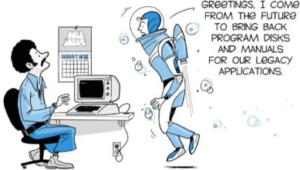 The Museums Association currently compiles the most extensive dataset relating to UK museums. Their Find-A-Museum service lists information on the whereabouts, visitor numbers, staff, subject matter and governance of around two thousand museums. However, the Museums Association is a commercial enterprise and accessing this data incurs a fee. Users must pay to join the association and cover the subscription charges for the Find A Museum Service, at a minimum cost of around £186 for an individual or £450 for an organisation. In addition, the data cannot be downloaded or manipulated, and can only be examined via the service’s own rather limited search engine. Find-A-Museum is intended for museum professionals who want to look up information on specific venues, and is not designed with researchers in mind, but it does mean that one of the most substantial data sources on museums to be available in the UK cannot be used for broader analysis.

Other lists and surveys of museums are compiled by the various government bodies that oversee museums, namely, the Arts Council England (ACE), the Northern Ireland Museums Council (NIMC), Museums Galleries Scotland (MGS), and the Welsh Museums, Archives, Libraries Division (MALD). These organisations do not publish their data although they do make it available on request and without charge. In our experience, the four government bodies have been very helpful in the provision of data but we are aware that they do not have staff whose role it is to deal with such requests and there is no automatic or established mechanism by which data can be obtained.

Having acquired data from the various surveys and lists conducted by ACE, NIMC, MGS, and MALD, researchers will find that each of the government bodies collects different data, with significant variations in the level of detail, and about slightly different kinds of organisations over a range of dates. The spreadsheets cannot be simply merged. Moreover, if researchers want to include historic data, as we do, this all has to be transcribed by hand.

On collating the available information, researchers might spot a further problem, which is that surveys and lists compiled by government bodies invariably concentrate on accredited museums. The accreditation scheme, which is co-ordinated by Arts Council England, establishes that a museum has achieved professional standards, but small independent museums often lack the staff or the know-how to apply for accreditation, or may not meet the criteria set by the scheme. Museums Galleries Scotland and the Museums Archives Libraries Division in Wales invite non-accredited museums to make themselves known and they do list such venues in their reports and on websites, although submitting data still requires a certain degree of professional capacity or interest. Thus as far as the official reports are concerned, small independent museums are routinely omitted. Indeed, the only survey to have actively sought information on such venues was the one conducted by AIM in 1982/3, and never published.

There are also other omissions. Properties owned by the National Trust register in some surveys and not in others, while few surveys include art galleries that do not have permanent collections, so established venues such as the Baltic in Newcastle or the Whitechapel in London rarely appear in the data.

Finally, information that is essential to a historically minded researcher is less relevant to museum professionals who focus on the current environment. Only one of the surveys registered the foundation dates of museums, and none have listed closure. Once the doors of a museum have been shut to the public, that venue ceases to appear in surveys.

In summary, then: Over the last five decades several associations and government departments have collected an enormous amount of information about UK museums. There is no lack of data. There are problems with archiving, making that information comprehensible and accessible, with sharing data across national and organisational borders, with collecting historical data and information on venues that do not reach professional standards or that do not quite fit an orthodox model of museums, and on compiling data. These factors help explain why researchers cannot elucidate recent developments within the museum sector and specifically the emergence of independent museums. There is a wider question, however, about why arts organisations seem to have been so poor at keeping, managing and sharing data. Thoughts on that matter would be welcome, as indeed would any clues as to the whereabouts of the data collected for the 1987 UK Museums database project and for Standing Commission surveys other than the 1963 publication.