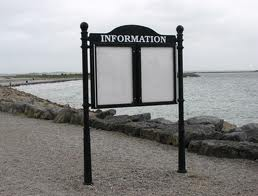 There is a lot that we don’t know about museums. In an age when it is possible to download an institution’s annual reports and follow their exhibitions and events via social media, it seems unlikely that academics, museum professionals, and the museum-going public would be so uninformed about the recent history, characteristics, and scope of the sector. That situation seems doubly unlikely if we note the growth of audit culture, in which public venues are required to account for themselves to taxpayers and policy-makers, and trebly so when we consider the vast scholarship on museums. And yet it is the case. This situation is not limited to museums in developing nations. It equally applies to America and Western Europe. Granted, these areas contain tens of thousands of museums, but even at the smaller scale of the UK, which is the focus of this research, our overview of museums is remarkably sketchy.

We do know that the number of museums boomed in the late twentieth century. In 1960, the Standing Commission for Museums and Galleries took a census and listed some 896 museums. When the same commission took a census a decade later they reported that there were over 1,000 museums and, sounding somewhat anxious, they commented that there were no controls on their formation. No such restrictions were introduced and the number of museums continued to rise. The 1978 Standing Commission described the ‘sheer proliferation’ and ‘bewildering fecundity’ of the sector and, in the mid-1980s commentators started declaring that museums were opening at the rate of one a fortnight, and then one a week, or even three a week. By 1986 government reports placed the number of museums between 2000 and 2,300, although one survey thought it might be as high as 3,500. The official total subsequently inched to around 2,500 and, according to the Museums Association, that figure has remained more or less stable. At the very least, the number of museums has increased by around 180%.

We also know that the vast majority of those museums were independent, in that they did not receive direct funding from the state. In 1960 when the Standing Commission conducted its survey, around 300 museums were independently managed, about one third of the total, whereas in 1986 that statistic was more or less reversed, with around 1800 of a total 2,300 museums being independent, the remainder being national, local authority, university or regimental museums. This made them the single biggest type of museum within the sector.

The boom in the number of museums was and is recognized as a cultural phenomenon, but beyond the rising numbers and the fact that the majority of the museums were independent organisations, we have very little information about it. We don’t know exactly where the new museums opened within the UK, or when, or what subject matter they covered. Nor do we know if these new museums survived, or when they closed, or how many new museums opened: There may be around 2,500 museums but it is entirely possible that hundreds have closed and hundreds have opened in the past few decades.

Now I confess, that when I first realized that there was relatively little information on the development of the museum sector, I judged it to be little more than an inconvenience. At the time I was working on my book Micromuseology: an analysis of small independent museums and I was wholly uninterested in the specifics of whether there were more museums in the English Midlands than in the Scottish Highlands, or how many museums were devoted to hats as opposed to trains. That seemed like bean counting, a quantitative exercise that would reveal nothing of substantial interest about the sector. It took some time before I realized quite how wrong I was. Having this information would enable me to write new and very different histories of museums in the UK, and to begin to understand how the sector had changed. More than that, it would allow me rethink dominant preconceptions about the location and production of culture in Britain. Once I realised what the information would enable I started to wonder if it could be compiled, and is so, how. Over the following year I began to plan the Mapping Museum project, which eventually gained funding in June 2016 and was launched in the October of that year.

Over the next few blog posts I’ll explain a little about why the data was missing and how the Mapping team has begun to compile a dataset of all museums that opened (and closed) in the UK between 1960 and 2020.