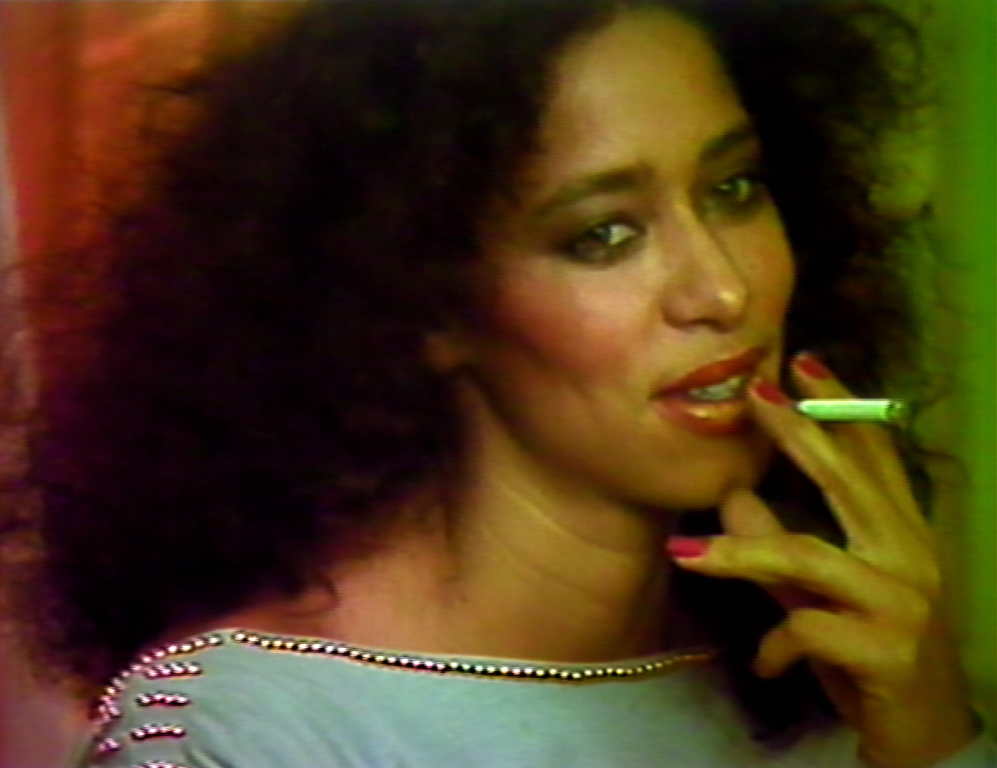 Bill Gunn had little time for Hollywood. After achieving some success with the screenplay to The Landlord, dir. by Hal Ashby (USA, 1970), Gunn’s directorial debut, Stop (1970), so incensed Warner Brothers who claimed Gunn deviated far from his own script that the film was never released. His next film, Ganja and Hess (1973), fared slightly better, in that it was released, but was panned by critics to the extent that the film was taken away from Gunn and recut, retitled, and reissued. Gunn was so angry that he allegedly stormed into the producer’s office and trashed the place. From then on, Gunn was labeled “difficult” and was effectively blacklisted. Only his best film was yet to come; Personal Problems, a remarkable and unique experimental soap opera that captured the lives, the desires, the arguments, and the boredom of everyday life of an African American couple and their assorted friends and relatives living in Harlem, New York.

Personal Problems was originally conceived as a radio play in 1977 written by the prominent Black Arts Movement writer and poet Ishmael Reed who also produced along with Steve Cannon and Walter Cotton, and was broadcast on WBAI in New York, where Cannon already hosted a show. Reed and Cannon had grown frustrated with Hollywood and in particular Blaxploitation, which, far from giving black audiences a voice, seemed to keep them in the ghetto, both figuratively and literally, reproducing the same tired and racist images of pimps, prostitutes, gangsters, drugs, and crime which were a far cry from the black neighbourhoods that they knew and wanted to represent. After Personal Problems was broadcast, Reed, Cannon, and Cotton fixed on the idea of adapting the radio play for public television shot on ¾ inch U-Matic video tape, with Robert Molidori handling the camera and Bill Gunn given free rein to direct. The decision to shoot on video was down to cost, it was so much cheaper than film, but it also lent the film a raw authenticity as if the residents of Harlem had decided to go and film their lives. Apart from the home video feel, the video aesthetic also produces some astonishing images, such as when the gentle ebb and flow of the Hudson River becomes an almost abstract pattern of white blocks.

What emerges is an honest, moving, and intimate portrait of black lives that matter less for what they actually do or say than for what they represent. These could be real people living and working in Harlem, making ends meet whilst yearning for something better. There is no ending, no narrative closure, just a snapshot of the lives of Johnnie Mae Brown (Vertamae Grosvenor) and her husband, Charles (William Cotton). Eschewing a linear narrative, Personal Problems flits back and forth in time, showing what has already happened, what is happening, and what is about to happen. Some scenes will play again later on once the narrative has caught up whilst others are never repeated, offering tantalizing glimpses into the past and the future. It is to their credit that Gunn and Reed are able to keep a firm hold on their material, never letting the elliptical narrative overwhelm the more intimate, emotional moments littered throughout Personal Problems.

These moments are not just the heartbeat of the film, but also a revelation. Gunn gives his actors the space and, crucially, the time to let each scene play out naturally, where small details are as important as big statements. Another film would have cut away from Johnnie Mae sitting outside with her two girlfriends over lunch as they gossip about work, friends, and romance, long before Gunn does, who lets the scene play for sixteen minutes. A snippet of plot half reveals itself – Johnnie Mae is in a relationship with a mystery man, but we are not privy at this point to the fact that she is married and thus is having an affair – whilst other potential plotlines are discarded, as are the two girlfriends who will only briefly be seen again. Johnnie Mae’s affair is with Raymon (Samuel L. Waymon), a jazz pianist who seems to offer her an escape from her unfulfilling marriage and the pressures of her job by taking her for walks in the park and encouraging her poetry. At one point he serenades Johnnie Mae on his piano, the camera zooming in to a close up of her face as tears stream down her cheeks. This is in complete contrast to the scenes with Johnnie Mae and her husband, Charles, who is cold, distant, and passive-aggressive. There is a seething resentment running through these scenes, of a marriage that has long since stopped being loving but neither can bring themselves to argue about it anymore. It all comes to a head at the end of the first part of the film as Johnnie Mae lashes out at her husband and the extended family that now share her home – Charles’ father (Jim Wright), her step brother, Bubba (Thommie Blackwell), and his wife, Mary Alice (Andrea W. Hunt) – for not pulling their weight and helping out around the house.

If the first part of Personal Problems focused on Johnnie Mae then the second part brings Charles to the fore. He too is also having an affair or, perhaps, is about to have an affair; the frequent flashbacks and flash forwards tend to confuse the chronology. The flashpoint is when his father dies suddenly causing Charles to retreat even further inside himself. As he shuts himself away at the funeral, his sister rails against anyone and everyone, demanding to know why her father should die from going into hospital for routine surgery. The family doctor, a friend, can offer only sedatives not answers. Charles’s response is to go on a drunken bender with his brother-in-law and two of his father’s drinking buddies. This long, extended scene, which starts in a bar before finishing by the river, mirrors the early scene with the three women having lunch – both scenes essentially bookend the film – just four guys shooting the breeze, an easy banter forged through years of friendship, where little is said but the camaraderie is heartfelt.

These scenes, with their overlapping dialogue, improvised acting, natural lighting, and a camera constantly on the verge of being distracted, share an affinity with the films of John Cassavetes who, like Gunn, also loathed Hollywood. Unlike Gunn though, Cassavetes enjoyed considerable critical acclaim if not commercial success. When Cassavetes died in 1989, the same year that Bill Gunn passed away, the film world mourned the loss of a truly independent maverick filmmaker but remained silent over Gunn, another black voice omitted from the history of Hollywood. It is even more poignant that Personal Problems not only gives voice to Gunn himself, but also to the notion that black voices, black lives, and black spaces really do matter.