Films with a Mission: Medical Films from the Catholic Mission Archives 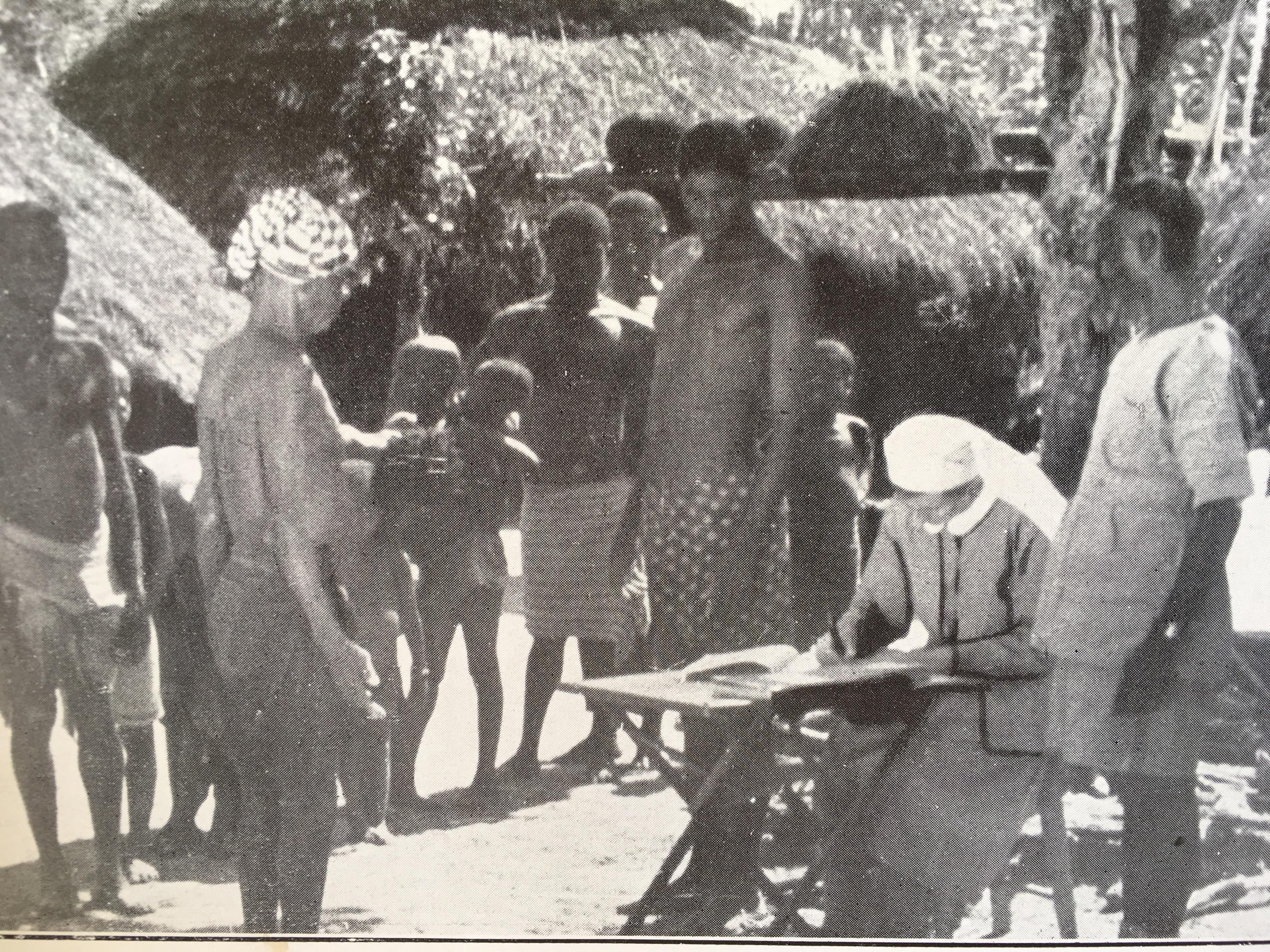 The formerly narrow history of British documentary has been expanded greatly in recent years to allow room for early innovators of the form working outside the cinema space. Alongside better-known names such as John Grierson, Bill Mason, Lindsay Anderson and his Free Cinema associates, the re-release and reappraisal of educational features and shorts produced during the first half of the 20th century — from those made by the GPO Film Unit and British Instructional Films up through to the government-funded Public Information Films of the sixties and seventies — have offered up a fascinating parallel history in the evolution of documentary filmmaking techniques, distribution and audiences. A major force which remains excluded from the conversation, however, are the Catholic Missionary films produced between the 1930s and 1950s.

There are some obvious (and not-so-obvious) reasons for this continued absence, many of which were addressed at the third edition of the Films with a Mission screening series. The day-long event in the Birkbeck Cinema provided a rare chance to view two of these documentaries, widely-distributed in their time but now rarely-seen, and reflect on their legacy (or lack thereof). Shown from digital scans of the original 16 and 35mm prints provided by the Irish Film Institute’s Archive, the two films — 1947’s Visitation: the Story of the Medical Missionaries of Mary and 1950’s Ecce Ancilla Domini — were produced as baldly propagandist films to raise money for overseas missionary work and recruit women religious, respectively. In a modern context, they provided a chance to reflect on the intersections of film history, theology, cultural and social histories of gender and religion, and British colonialism.

Made in collaboration with filmmaker Andrew Buchanan, Visitation restages the founding of the Medical Missionaries of Mary’s (or the MMMs, as they were colloquially referred to) leprosy treatment centres in Nigeria, before documenting their then-current work. The camera doesn’t flinch from the realities of leprosy — now known as Hansen’s disease — as they ravage the bodies of he men, women and children the MMMs tend to. Shot on black-and-white 35mm with foley sound effects and a narration by stage actor Robert Speaight added after the fact, Visitation was a modest production which nonetheless succeeded in making back its £6,000 budget several times over. A presentation afterwards by Isabelle Smyth, writer in residence for the still-active Medical Missionaries of Mary, noted the film had an unusual afterlife. Following its premiered on 23rd June 1948 at the Studio One cinema near Oxford Circus, prints made their way around parish halls, schools, churches, and trade union halls, finding particular success in the US. It’s a distribution strategy not dissimilar to that which independent British and American films would follow in the decades since.

The second film of the day, Ecce Ancilla Domini, followed a similar model upon its completion. Made to recruit new members to the Franciscan Missionary Sisters of the Divine Motherhood, the early sections of the film follow the day-to-day activities of practising Franciscan nuns in Ladywell, Surrey, and the process of their confirmation. From there, it mirrored the “narrative” of Visitation by documenting the mission’s medical and educational work across Zambia, Zimbabwe, Nigeria, Singapore and Malaysia.

The colonialist undertones in Visitation become wince-inducing overtones in Ecce Ancilla Domini, with the uncredited narrator entreating the women religious on screen to “conquer the world for Christ!” and characterising the world outside Surrey as a “hunting ground for souls.” This latter comment is reflected of a montage which opens the film, constructed mostly of nature footage involving animals native to the African continent: lions, elephants, and others considered to be “big game.” These sequences, and the overall colonialist gaze employed by films where (largely white) religious travel to and film (predominantly black) African nations and their people, provided an early point of discussion between the speakers and audience.

Convener Dr Emma Sandon noted that Films with a Mission’s work emerged in part from the earlier Colonial Film Project, which aims to “allow both colonisers and colonised to understand better the truths of Empire” through their depiction in documentary and fiction films. It was noted that a large amount of the African Film Archives consist of films made by missionaries, with very few from this period actually made by African directors, suggesting that the ongoing project of remediating archival images remains a potent source for producing counter-histories of this period.

In her presentation, Birkbeck’s Dr Carmen Mangion theorised that this lens is partly why the Catholic Mission films are forgotten when considering the history of British documentaries. Their colonialist gaze is perhaps off-putting to modern ethnographers, and the propagandist tone counter to considerations of the unbiased, non-fiction documentary form by film historians. Dr Mangion’s contextual lecture also outlined the Catholic mission’s pivot from saving souls to social justice during the period many of these films were made, a concept picked up by both Sister Smyth and visiting researcher Edel Robinson during later discussions.

Along with being an at-times discomfiting insight into British imperialism, these films also offer a window onto a fractious period for the church, as women religious struggled with cardinals in Rome to be allowed to train as midwives and nurses, taking on a more active role in and outside the church. Prior to the screening of Visitation, the IFI included footage of the London and Dublin premiers, which Sister Smyth noted included introductions by such cardinals. During a group discussion following the screenings, an audience member asked whether there are records of how effective the films were in their respective aims of gaining members and fundraising. Apparently, no such records exist.

Shorn of their original goals and context, and with half a century of developments in film, medicine, race studies and further divisions within the Catholic church, viewing these documentaries in the modern day was not unlike stumbling across a time capsule. Films with a Mission provided an open, curious, not-uncritical space to parse over its contents.

This event was run in collaboration with the Christian Missions in Global History seminar group, Institute of Historical Research, University of London, and supported by the Birkbeck Wellcome Trust Institutional Strategic Support Fund. Irish films in the programme were provided by the IFI Irish Film Archive.

Visitation: the Story of the Medical Missionaries of Mary (Andrew Buchanan, 1947, 60 mins)
Chronicle of the the medical work of a women’s religious order, the Medical Missionaries of Mary, at their mission in Nigeria
Ecce Ancilla Domini (FMDM,1950s, 54 mins)
A recruitment film about the Franciscan Missionary Sisters of the Divine Motherhood (FMDM), Ladywell, Surrey, at their medical and educational missions in Northern and Southern Rhodesia (Zambia, Zimbabwe), Nigeria, Singapore and Malaysia.