Ndumu: The Story of Crocodile Survival in South Africa 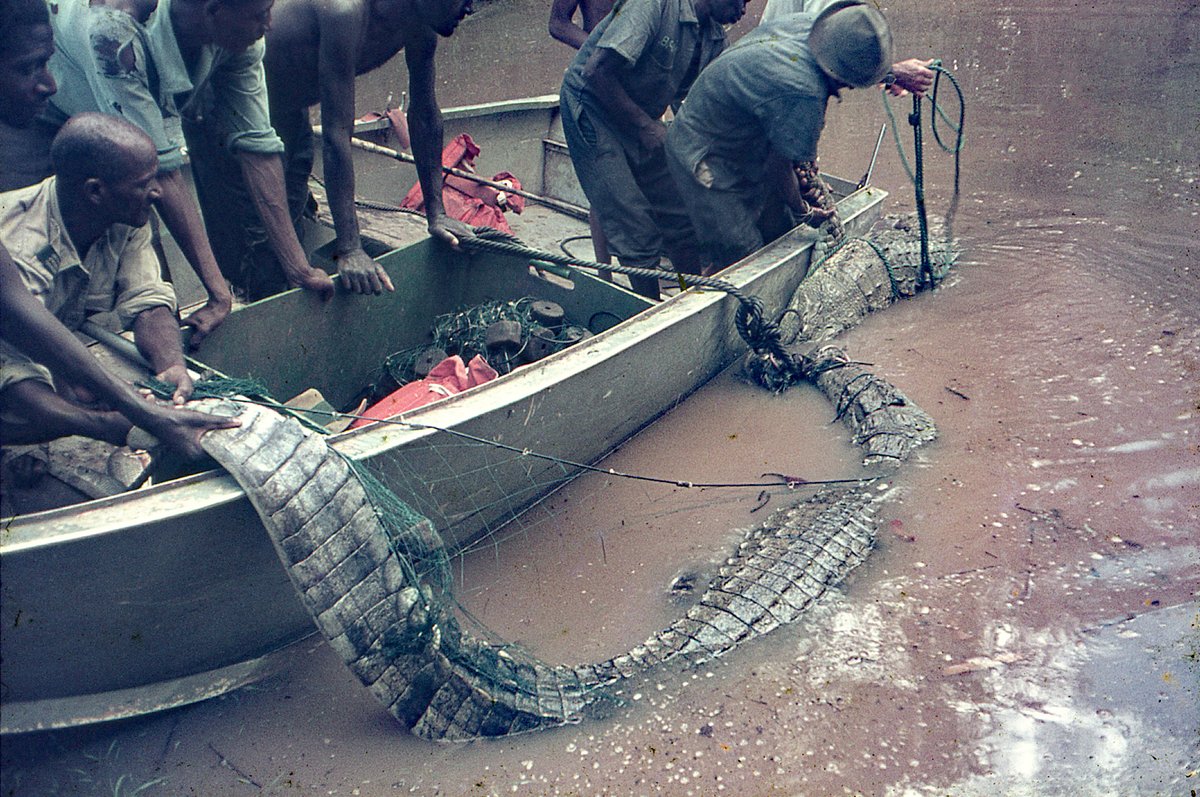 On Friday 25th May Dr. Simon Pooley introduced the first UK screening of Ndumu: The Story of Crocodile Survival in South Africa, a rare documentary produced for South African television around the time of its inception in 1976, and featuring Dr Pooley’s father, Tony (A.C.) Pooley, at work in the titular crocodile conservation reservation in the region now known as KwaZulu-Natal.
Ndumu works as a striking alternative to the traditional mode of nature documentary film-making; the familiar authoritative voice-over is not the sole provider of information and is indeed challenged by the voices of Tony Pooley, questioned by guests around a homely campfire on the conservation of crocodiles and the role of the animal in local societal and cultural practices, and the recreation of those practices by locals playing themselves poaching, performing ceremonies and mixing dangerously (Dr Pooley described it as ‘fatalistically’) with the crocodile population in the rivers. What emerges is a film not necessarily focused just upon its reptile stars, but equally interested in the human lives which cross and intersect with the lives of both the crocodiles and Pooley and his team of gamekeepers. Ndumu is a long-way from the globalist viewpoint of David Attenborough et al, whose modern documentaries seem to see human impact only in the widest possible terms, almost divorced entirely from the realities of local life and activity. While some of this material may now seem dated there is a tremendous amount of anthropological interest here, revelations both in terms of the remote and isolated region and its people, and the way such were regarded by the white South-Africans who oversaw and produced much of these early television programs, and held power in the apartheid history of the country.
Following the screening Dr Pooley answered a wide range of audience questions on his early childhood on the reservation, the role of the crocodile as totems for native populations, the difficulty of retrieving the film from a South African archive which seemed to believe it did not hold the (sole) copy of the work and the continuing history and efforts in regards to crocodile conservation on both the Ndumu reservation and the wider continent (efforts which were hugely successful until governmental policy change on reservations in the last 8 years have led to a decrease in the number of living crocodiles). 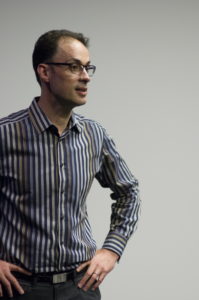