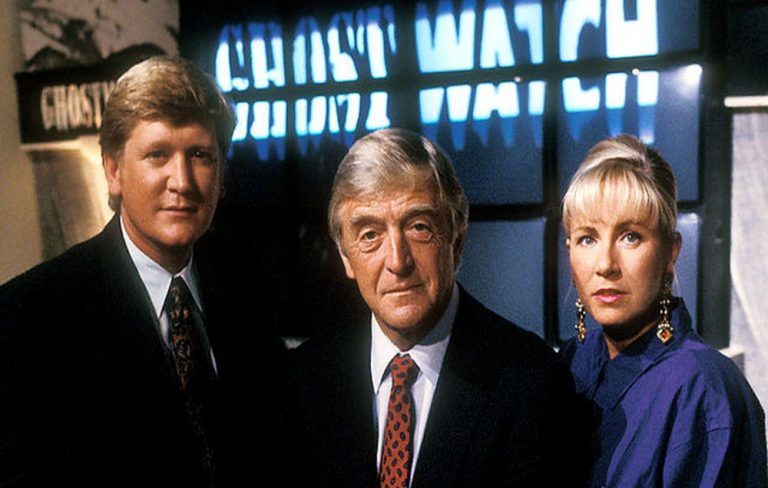 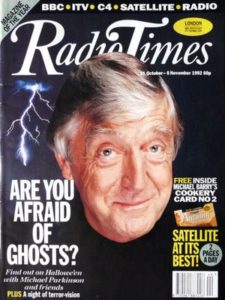 May 4th marked the final event in the ongoing Sci/Film series at Birkbeck Cinema before the beginning of a year-long sabbatical; for the discussion were present Prof. Christopher French (head of the Anomalistic Psychology Research Unit, Goldsmiths) and Dr. Cecilia Sayad (Senior Lecturer, Film and Media, University of Kent), who has written at length on the subgenre of ghost-hunting television shows.

In showing a full episode from season 3 of Most Haunted (filmed at the Schooner Hotel, and featuring long-since departed and disgraced medium Derek Acorah) in contast with clips from the (entirely fictional) Ghostwatch (1992) and the American series Paranormal State, what became most obvious most quickly was the cultural differences involved in British and American perceptions of the ‘spirit realm’. The British shows, Most Haunted in particular, showed a keen belief in and foregrounding of the Medium figure, as much a subject of British obsession as any Royal that can be named (don’t forget, of course, that the final conviction under the Witchcraft Act only took place in 1944, and involved Scottish Portsmouth-based medium Helen Duncan) that seemed almost divorced from any religious text or subtext apart from that universal yearning for proof and acceptance of a viable and tangible after-life.

The American Paranormal State, by contrast, is explicitly religious: not only ‘religious’ in the most general sense, of course, but explicitly rooted in the American branches of Christian fundamentalism and evangelism, with all its post-Exorcist, post-Michelle Remembers belief in the eternal presence of Satan and his demons on Earth, ready to possess any unfortunate family man or woman who unluckily purchases a home where the population of Hell has been summoned and hence taken up residence. For the speakers, while sceptical about Most Haunted’s veracity and the value of its threadbare attempts at entertainment (the most notable being Derek Acorah’s more eccentric and sort-of-camp channellings of the undead, and a moment in which camera-man Karl Beattie describes a bathroom light turning on by itself in the sort of strangled, subtly pleading, semi-awed voice which Chris Morris perfected as various bystanders and commentators on the news in The Day Today and Brass Eye), Paranormal State’s unquestioning and complete acceptance of a demonic explanation for any phenomena experienced by the family in question, which was only further reinforced by the roping in of two clergymen to attempt to exorcise the ‘demon’, was more ethically dubious and troubling. Most Haunted reflected a more ‘cosy’ version of the paranormal: ghosts as possible stone tape recordings, scraps of energy that might cast a dark pall across a hotel room or sit on the end of your bed, but ultimately have little to no interest in any sort of battle of good-and-evil which involves average American homeowners as chess pieces (or any M.R. Jamesian rupturing of the comfortably mundane with the vengeful designs of individual and wronged spirits for that matter); no life, relationship or psychological health was at risk here.
This question of ethics dominated much of the discussion between the panel and the audience: the ethics involved in creating television that so blurs the line between fact and entertainment, verifiable truth and Acorah-ian fakery, alongside the ethics and value of parapsychological and anomalistic psychological research, and forms of sceptical experimentation which must avoid as much bias and pre-judgement as possible in undertaking its research and delivering its ‘verdicts.’