The following training opportunities are available to all Arts and Humanities research students at Birkbeck. 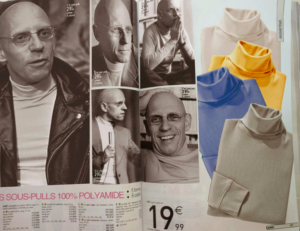 What Future for Theory?

‘Theory’ no longer holds the ascendancy it did in its 1980s heyday. Research has become more archive-oriented, more concerned with the production of knowledge, for which new possibilities have emerged with the advent of the ‘digital humanities’. ‘Theory’, with its specialised language, its immanent readings, became a symbol for the humanities’ inability to communicate their value; the model of the ‘output’ assures academic institutions and the culture in which they operate that humanistic research has something to show for itself. Theory also seems out of step with those contemporary political movements that aim to articulate new subjectivities and identities: theory itself had pronounced the death of the subject, and dismantled the metaphysical assumptions underpinning identity. Increasingly, theory appears a thing of the past.

But at a time when both the university and the humanities are undergoing major transformations, we wish to ask: how might theory, both its canonical past and its emerging forms, help us to make sense of our current moment, its technological/scientific developments, its forms of cultural production? And how does this current moment demand that we rethink the approaches and methods of theory? Particularly pressing are the ways digital technologies are transforming the way we conduct and disseminate research, but at the same time the limits and possibilities of the human: our present moment calls not just to be analysed, but to be theorised.

The programme will be made up of a symposium, to be held at Goldsmiths on 26 March 2018, and a roundtable, to take place at UEA on 23 May. On 24 May, participants will produce a video response to the questions that had arisen in the discussions thus far.

Further sessions in the series

Find out more and apply here